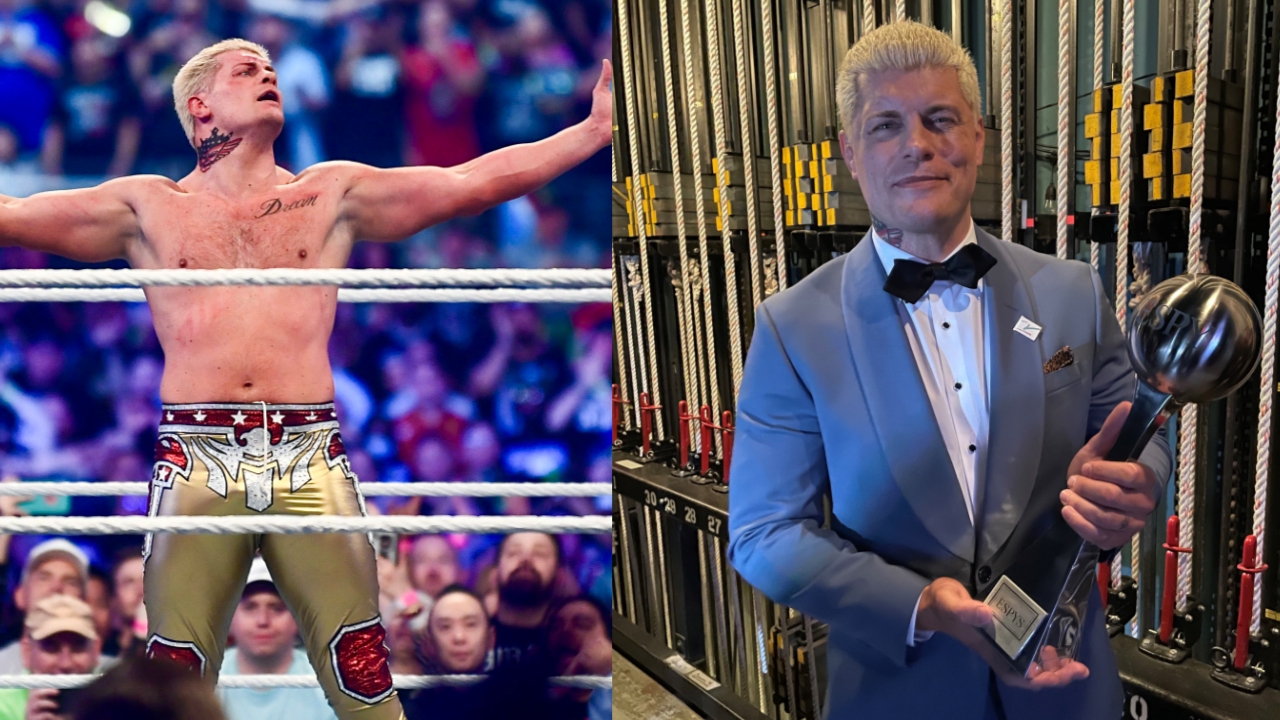 Cody Rhodes is awarded at the ESPY Awards gala. Cody Rhodes wins ESPY award for WWE moment of the year for his WrestleMania return against Seth Rollins.

A few hours ago, ESPN held the 30th ESPY Awards ceremony. The sports chain organized the gala at the Dolby Theater in Los Angeles to reward men and women in multiple athletic disciplines, including a special award dedicated to the best moment within WWE.

What a night at the @ESPYS!

The official broadcast of the show confirmed that Cody Rhodes was the one selected by the fans to win the ESPY award for his return at WrestleMania 38. The moment competed online with others such as Stone Cold’s stunner to Vince McMahon, Big E’s title victory about Bobby Lashley, and The Undertaker’s entry into the WWE Hall of Fame.

Here is what Cody Rhodes said after winning ESPY award

EXCLUSIVE: @CodyRhodes reflects on winning the #ESPYS award for WWE Moment of the Year. pic.twitter.com/uwlPVXvSZz

Cody Rhodes re-signed with WWE following his surprise departure from All Elite Wrestling. “The American Nightmare” made a grand entrance at WrestleMania 38, facing Seth Rollins in a match for the win. The rivalry between the two men led to a trilogy that also played out at WrestleMania Backlash and Hell in a Cell. Currently, Cody is absent from the ring after surgery on his pectoral muscle.

Congratulations to @CodyRhodes for winning the @ESPYS WWE Moment of the Year for his @WrestleMania return!https://t.co/tK4pw5pbfG pic.twitter.com/aINJzw90wJ

This is the second consecutive year in which an exclusive award is given to WWE. Last year, Bianca Belair and Sasha Banks took home an award for headlining the first night of WrestleMania 37.

The moment was recognized as the first time two African-American women headlined a WWE show. Unlike in 2021, ESPN chose to separate this category from the main ceremony. Likewise, Cody attended the ceremony and presented one of the awards of the night.