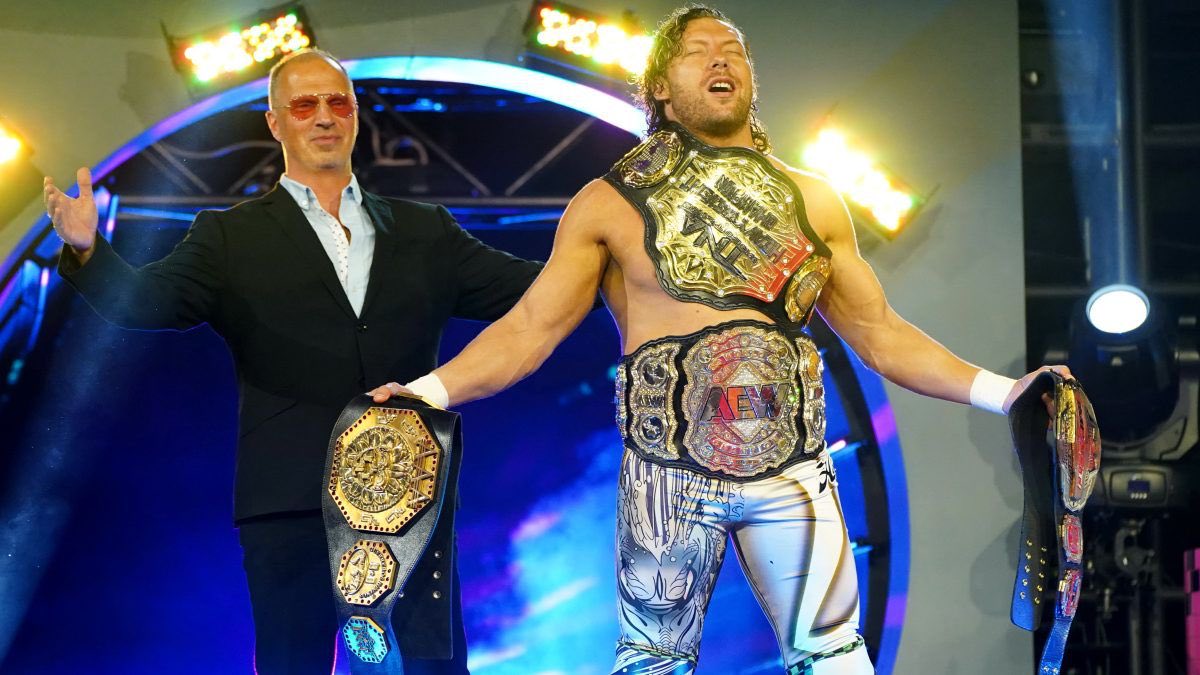 The possibility of celebrating the third edition between FTR and The Young Bucks in All Elite Wrestling was recently reported. Dave Meltzer was in charge of giving the information, but later revealed that this plan had stopped because the company wanted to prepare an important story.

Sean Ross Sapp of Fightful Select, has indicated that the return of Kenny Omega would have a lot to do with it.

According to Sapp, a source has told him that the change came about because Kenny Omega will be back for All Out, where we may see a 3-on-3 tag team match between Kenny Omega and The Young Bucks against three yet-to-be-determined opponents.

“Last week, Dave Meltzer of Wrestling Observer reported that Young Bucks vs. FTR III was being postponed, as the Young Bucks have a ‘major angle’ that has yet to come to fruition,” Sapp wrote. “When Fightful Select inquired as to what that angle might be, we were told that at least the rumor Meltzer was referring to involved Kenny Omega.”

“Fightful Select has learned that plans include a tag team match where Kenny Omega and the Young Bucks would team up at September’s ‘All Out’ pay-per-view. We have yet to confirm this with AEW officials, and anything could change, such as It’s the nature of professional wrestling. The last two months have seen major changes and adjustments to the AEW tag team title scene due to Jeff Hardy’s injuries and drunk driving.”

Fightful Select has learned that talent and staff in AEW have been told Kenny Omega is nearing a return.

Details, tentative creative plans, and how it changed other plans as told to talent and staff are now in the full story at https://t.co/jy8u4a7WDa. pic.twitter.com/f7OTOtWD2s

AEW All Out 2022 will take place on Sunday, September 4 at the NOW Arena in Chicago, Illinois, and will be the final culmination of an entire week of shows in Chicago. It should be noted that WWE will celebrate its PLE Clash at the Castle from Wales that same weekend. The WWE show will take place the day before, on Saturday, September 3, so it will be an intense day for many wrestling fans.

Kenny Omega is still out recovering from various injuries that have accumulated in his body over the years. Recently, he was interviewed by Sports Illustrated, where he revealed that he has currently undergone five procedures to be able to fully heal and return to the ring in conditions in order to fight for more years.