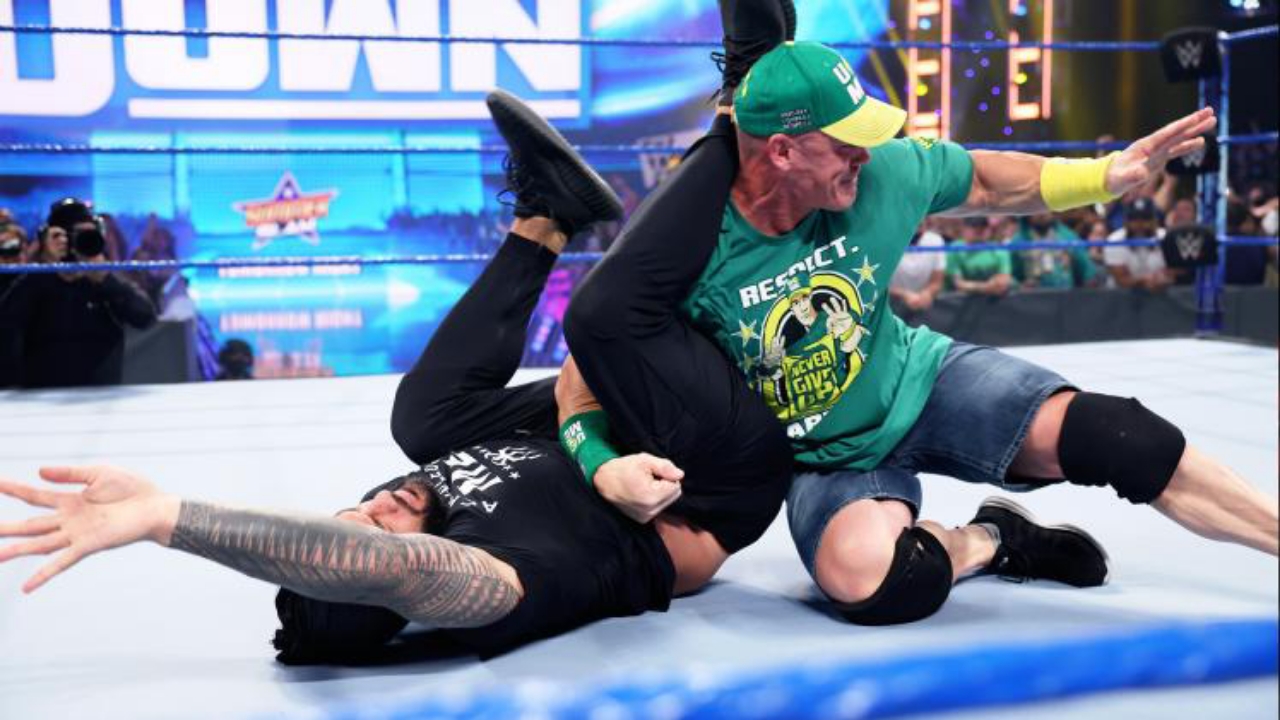 There are only a few hours left for WWE Summerslam 2021 to begin. Before the first night of this biggest party, Roman Reigns and John Cena came face to face on Friday Night SmackDown show at the end of that segment when Cena was teasing Roman by 1,2,3 repeatedly, then Roman made a big statement that he would either pull out of Summerslam as Universal Champion or he would leave WWE.

Recently Dave Meltzer of the Wrestling Observer Newsletter has revealed the future plans for Roman Reigns if he loses to Cena . Here is what Meltzer stated

”The storyline is about Cena’s quest to break Ric Flair’s worked record of 16 world title wins (the real number can be debated but it is no less than 18 and no more than 22, and 20 would feel like the most legitimate number) with No. 17.” Meltzer added, “It is possible they could do this and have Reigns regain it on television or Madison Square Garden, the odds feel against this.”

As we all know that many Superstars in WWE have done this type of announcements in the past but they are not leaving WWE. If we talk about the match between Roman Reigns and John Cena, then the chances of winning Roman Reigns are high, but the speculation of Ric Flair leaving the company and going to AEW may have an effect on this match.

We can see Cena breaking Ric Flair’s record by becoming the 17th time world champion, if it will happen then there are two possibilities, first Big E will cash-in his MITB breif case contract to become first time Universal Champion and the second one is  Roman Reigns will get his Championship back after 1or 2 weeks of  SumerSlam 2021 . Then he could regain his title against The Rock or Brock Lesnar at WrestleMania 38, Seth Rollins and Finn Balor could also get a title match at the WWE events before WrestleMania.

"I am not here to promote movies, I am here to demote your ass." – @JohnCena to @WWERomanReigns w/ @HeymanHustle #SmackDown pic.twitter.com/aXCPSXqgGq

What do you think will Cena be able to break Ric Flair’s record by becoming the 17th time world champion or Roman Reigns’ victory chariot continue?