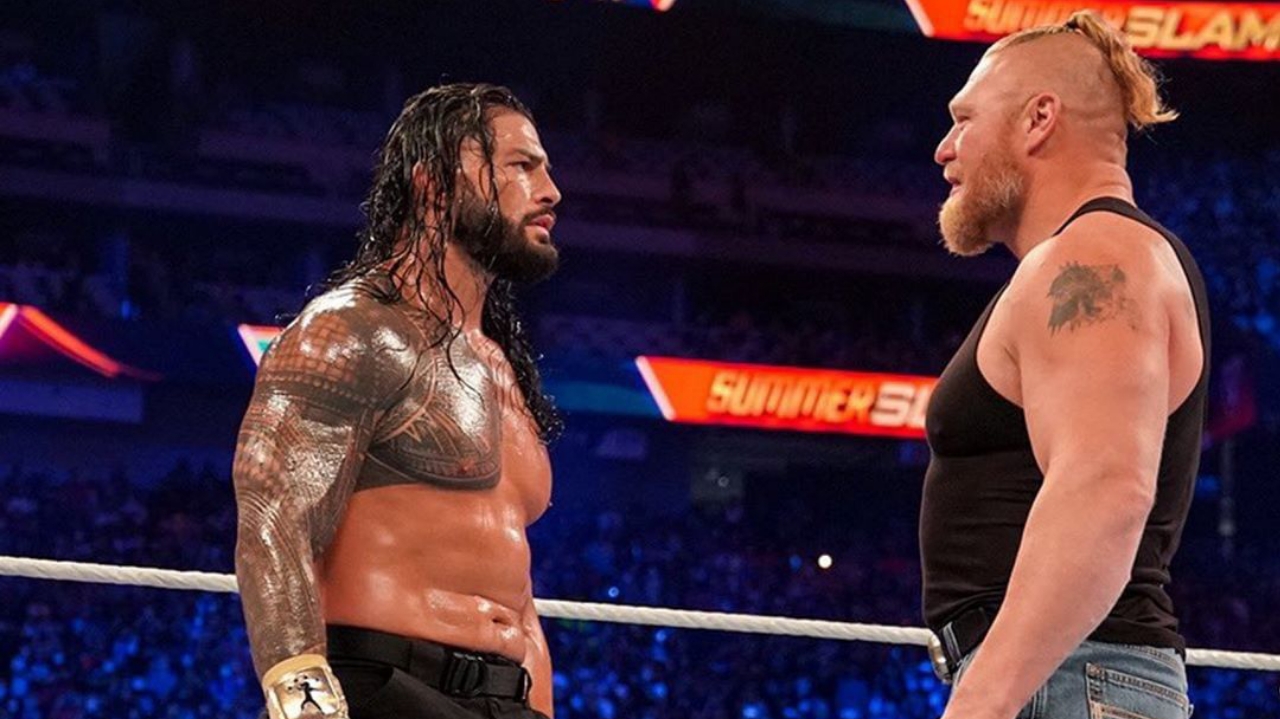 Brock Lesnar surprised WWE Universe when he made a shocking comeback at the event of SummerSlam 2021 .He returned after John Cena lost to Roman Reigns, & Tribal Chief was celebrating  his victory with Paul Heyman. Brock’s fear can be clearly seen on both of Roman & Heyman’s faces.

WWE has Confirmed Brock Lesnar’s Next Appearance, the company said via an advertisement that Brock Lesnar and Becky Lynch will appear on next week’s SmackDown show, both of whom have returned to WWE after a long time. You can see the official advertisement of WWE in the video given below.

Here is the advertisement for this week’s SmackDown in case anyone can’t view it due to region restrictions.

Becky Lynch and Brock Lesnar advertised for the show. pic.twitter.com/c6lWvljAM9

It will be interesting to see how Paul Heyman and Roman react to this on SmackDown’s show, although Roman Reigns has warned Brock by a tweet in which Reigns stated that all the legends that have come over the past year should have known their Tribal Chief. In this tweet, Roman has put a photo of Lesnar, which you can see below.

Paul Heyman has been an advocate for most of Lesnar’s career, but last year, Lesnar left WWE after losing his Championship to Drew Mcintyre at WrestleMania.  Paul Heyman is with Roman Reigns during the next SmackDown episode of SummerSlam 2020. Since then he has been supporting Roman in every match and promo.

Roman Reigns and Brock have been facing each other many times during the rivalry going on in the WWE since WrestleMania 31, but Brock Lesnar has mostly defeated Roman Reigns, so everyone is speculating from the return of  Lesnar that maybe Brock Lesnar is the only person who can dethrone Roman Reigns from the head of the table, if we talk about Lesnar, he has rolled in his new look in WWE for about 16 months , during which Roman Reigns has become the company’s top heel, Lesnar’s road could be tough.