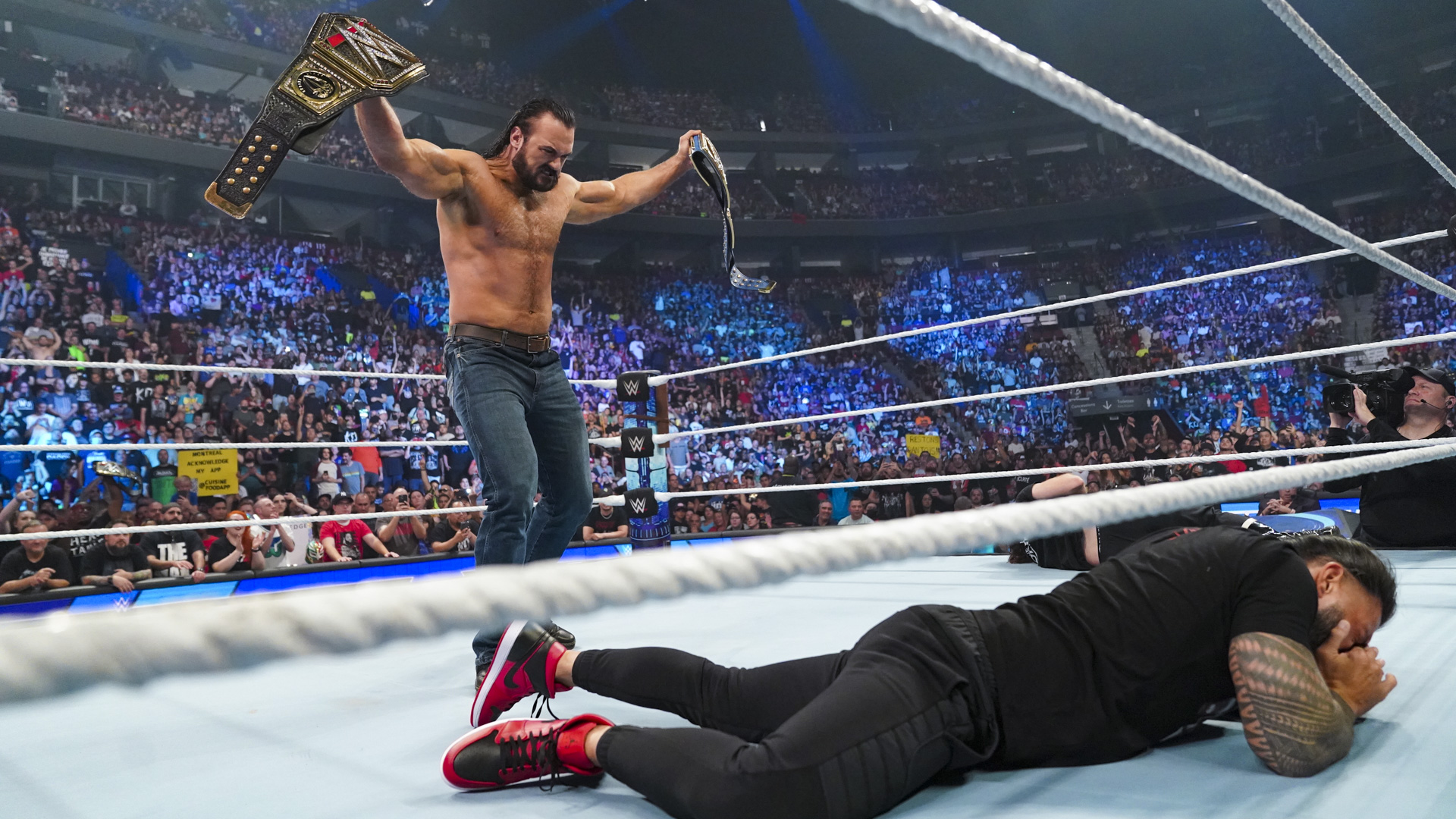 Ronda Rousey kicked off the show the baddest women claimed that she payed her fine last week & wants to end her suspension and reinstate her. Adam Pearce comes with security, Rousey took out the securities but cops comes out & Rousey was arrested.

.@RondaRousey gets arrested. @WWERomanReigns is here.

And #SmackDown is just getting started! pic.twitter.com/ZoRc0o76Zz

Backstage Sami Zayn walked into Roman Reigns’ room where he complained Jey Uso, Reigns said to Zayn that IC title will look good in to the Bloodline. Sami promised Roman that he will help Reigns as The Usos will not there.

"They chose you and they were wrong."@realKILLERkross sends quite the message to @DMcIntyreWWE. #SmackDown pic.twitter.com/w7lTe5geiG

Sheamus defeats Sami Zayn, Happy Corbin, Madcap Moss & Ricochet. He pinned Corbin to become no. one contender for IC title. Now Gunther vs Sheamus is offical for IC title at Clash at the Castle.

We haven't seen this side of @QoSBaszler in a long time 😳#SmackDown pic.twitter.com/KgRXriAnBP

Roman Reigns & Drew Mcintyre come face to face Reigns said Mcintyre is laying that he is carrying out the company on his back but reality is only one man is carrying out the company on his back & his name is Roman Reigns “The Tribal Chief”. Drew said Roman didn’t deserve to be a champion because it was all handed to him . Mcintyre wants to attack Reigns but Sami came in and took a Claymore for Reigns. Drew Mcintyre takes both out & lifted both titles.

Why wait for #WWECastle?@WWERomanReigns and @DMcIntyreWWE give us a preview on #SmackDown! pic.twitter.com/BYo6mKioD4