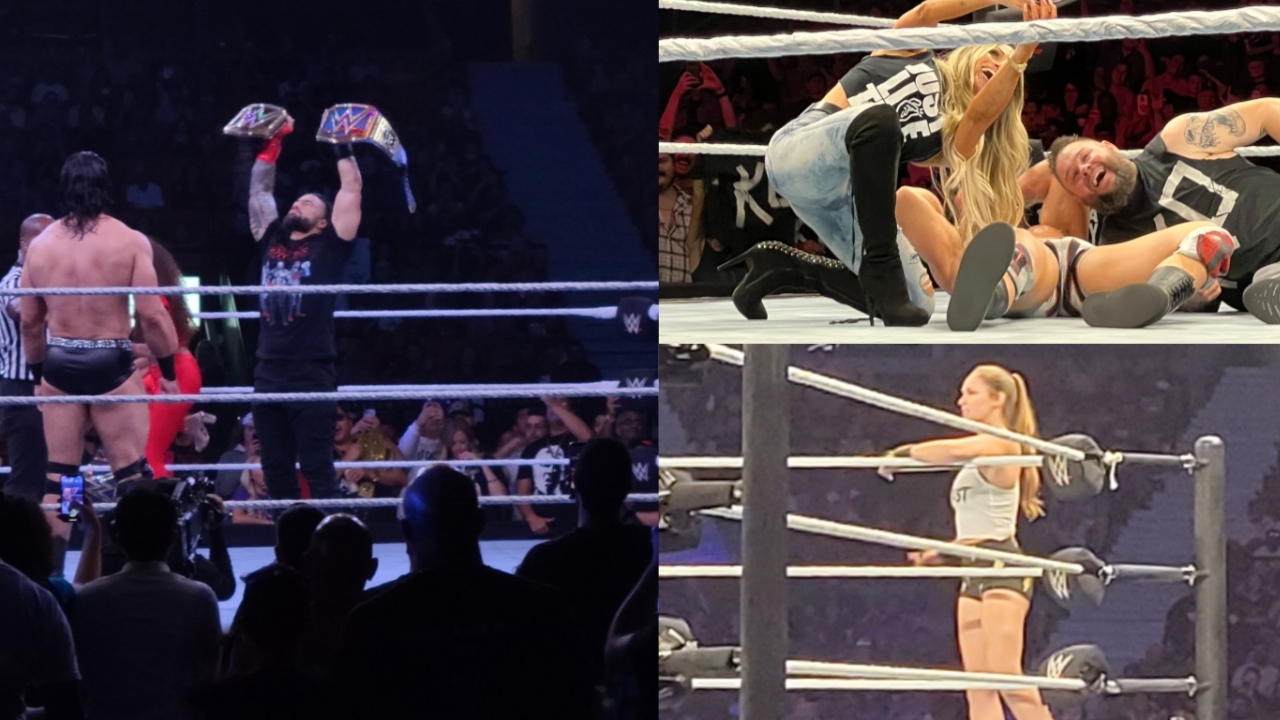 WWE held two new non-televised live event this Saturday night called Saturday Night’s Main Event from Ottawa & Kingston in Canada. On this occasion, the shows had the participation of the superstars of Smackdown & Raw respectively. First we are providing the SmackDown event’s results & most interesting images & videos after it Raw.

7. In the main event of the show Roman Reigns defeated Sheamus and Drew McIntyre in a Triple Threat match to retain WWE Undisputed Universal Championship.

Was a great finish! Much better camerawork on my part too lol

Thanks for everyone interacting with my tweets btw, it's so nice to be involved in the community!! ❤❤#WWEOttawa@WWERomanReigns pic.twitter.com/3yCSCw6tpK

Enjoy a clip of me absolutely losing my shit for @SamiZayn tonight.

@AlexaBliss_WWE having a great time living her best life with @trishstratuscom in #WWEKingston I was cheering for you the loudest sucks I didn’t get to get a picture with you guys but there is always next time love you both! ❤️ pic.twitter.com/OmVgdbyJ9F

3. Dana Brooke defeated Tamina and Nikki ASH in a Triple Threat match to retain the 24/7 Championship. During the match, the title changed hands between the three wrestlers on several occasions.

4. Theory defeated Dolph Ziggler. After the match, Kevin Owens entered the scene and applied a Stunner to Theory. Trish Stratus also entered the ring and took a selfie with Theory, who was lying on the mat.

6. Bianca Belair retained the RAW Women’s Championship against Iyo Sky. The fight ended in disqualification after the intervention of Bayley and Dakota Kai.

7. Riddle was victorious against Seth Rollins in a Street Fight Match in the main event of the night.