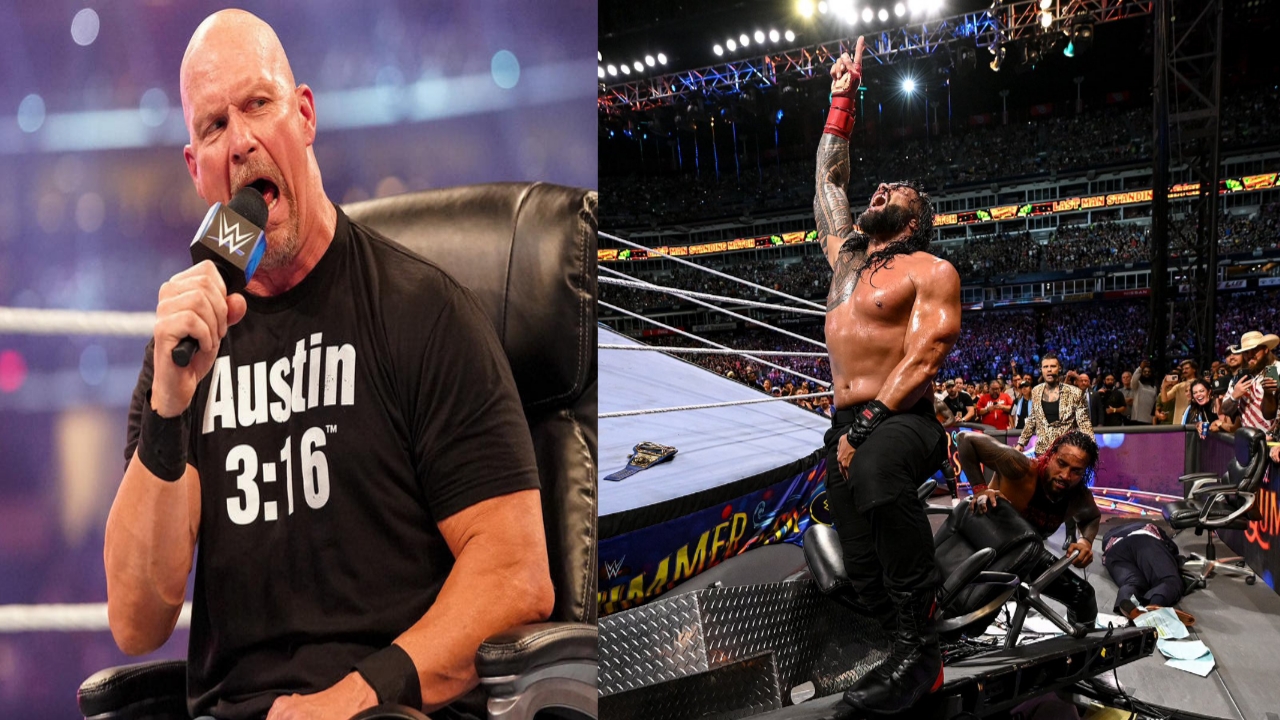 Roman Reigns is the most dominant superstar in WWE today. Since his return at SummerSlam 2020, “The Tribal Chief” has dominated SmackDown with an iron fist and, after WrestleMania 38, also Raw, by becoming WWE Undisputed Universal Champion.

THIS FRIDAY on #SmackDown

The Road to #WWECastle rages on for @DMcIntyreWWE and @WWERomanReigns!@HeymanHustle pic.twitter.com/qnQuGrYJGl

Meanwhile, Roman Reigns continues to demand that everyone, both fans and teammates, “Acknowledge” him . WWE Hall of famer Stone Cold recently interviewed by Sportskeeda Wrestling, where he praised the work of the Tribal Chief, as well as  his cousins, Jimmy and Jey Uso.

Stone Cold was asked by Bill Apter if he Acknowledge Roman Reigns here is what WWE Hall of famer stated:

“I’ll acknowledge that he’s doing some amazing work. It took a while for him to put all the pieces of the puzzle together, and they didn’t book him in the greatest fashion at certain points of his career, but when he walked through the door, he was one of those guys that had that look and had that it factor. Like, if we can do the right thing with this guy, he’s gonna get over here. They finally started doing the right thing. He got to a mindset of where he’s at right now, and he’s just crushing it, and I couldn’t be prouder.”

Stone Cold believes The Usos are one of the best tag team on planet Right Now:

“All those Samoans can work their asses off. The Usos are just killing it. Jimmy and Jey, they were kind of like just a tag team, but now they’re a tag team with an identity and character, The Bloodline. So they’re great as a unit and they’re all related, but Jimmy and Jey just in and of themselves as The Usos, they are a thing now. They are a force to be reckoned with. They’re one of the best tag teams on planet Earth right now.” H/T WrestlingNews.Co

You can see full interview of Steve Austin below

Roman Reigns will defend his WWE Unified Universal Championship at Clash at the Castle, an event that will take place on September 3 in Cardiff, Wales. Reigns accumulates a reign of 715 days as Universal Champion and 134 days as Unified Champion. Some figures that Drew McIntyre will try to stop when he clashes with the Samoan at Principality Stadium.