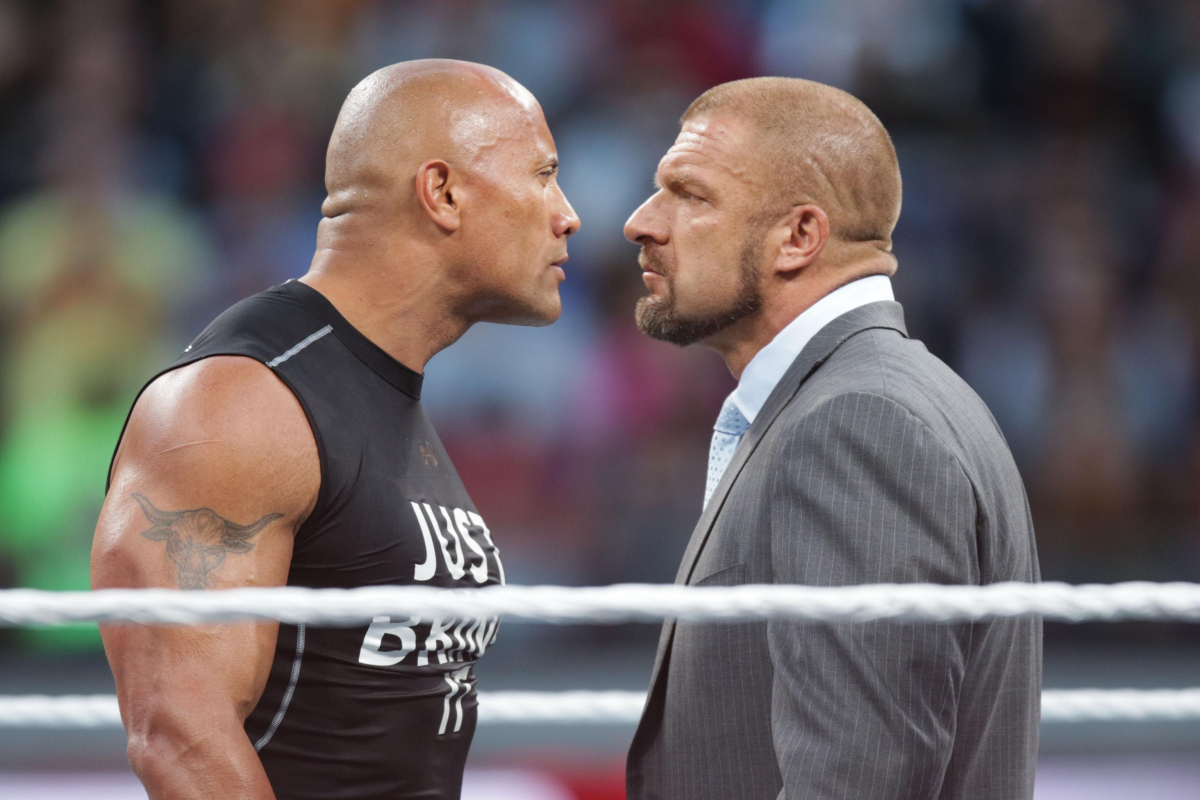 We asked and YOU voted @TheRock as @TripleH's greatest rival! Watch the two legends talk about their rivalry on SmackDown's 15th anniversary. #HHH25 pic.twitter.com/EVdmFM3AGl

WrestleMania 2000 marked a cycle change in the wrestling landscape in the United States. WWE continued its unwavering rise in ratings, while WCW began to see the end of its story, trying to regain power in ratings against a rival who had once again become a giant.

Two of the greatest exponents of that time were Triple H and The Rock. In fact, despite having other talents on the roster such as ‘Stone Cold’ Steve Austin, Kurt Angle or The Undertaker, many consider that the best rival The Rock ever had was Triple H. However, they never had a singles match at WrestleMania , something that Triple H remembers with pity.

In the famous interview that WWE’s new creative chief had this week on Implausible, Logan Paul’s new show, Triple H recalled that WrestleMania 2000 main event in which he retained the WWF (WWE) Championship in a four-way fight before Mick Foley, Big Show and The Rock. For Triple H, that edition would have been perfect to have a one on one against The Great One.

“My only regret about the whole thing with Rock is that in the year 2000 we were about to have a one-on-one match at WrestleMania,” Triple H revealed while speaking with Logan Paul on Impaulsive. “I think it would have been something epic for both of us at the time.”

For the past few years, Triple H has stated his intention to once again fight The Rock in WWE. In 2015, both shared the ring the night Ronda Rousey entered the company’s ring for the first time at WrestleMania 31. Two years later, he made some statements, assuring that his intention was to fight once again against the rival of she. However, Triple H can no longer compete in the ring due to his physical problems, making this fight impossible to take place at present.

#FlashbackFriday 20 years ago today, RAW aired its highest rated episode in the show's history, with a record Nielsen rating of 8.1. The show was main evented by Stone Cold, The Rock and Vince McMahon vs. The Undertaker, Triple H and Shane McMahon. Shawn Michaels was a guest ref. pic.twitter.com/gLKaHz0TBU

“Two years ago, he and I had a backstage segment where we talked about WrestleMania and the competitive nature of it all got the internet talking about the possibility of a match. It’s something we’ve discussed. We just have to get dates together, it’s very busy and so am I. But in the right place at the right time? I’ll dance one more time with The Great One, The Rock.”