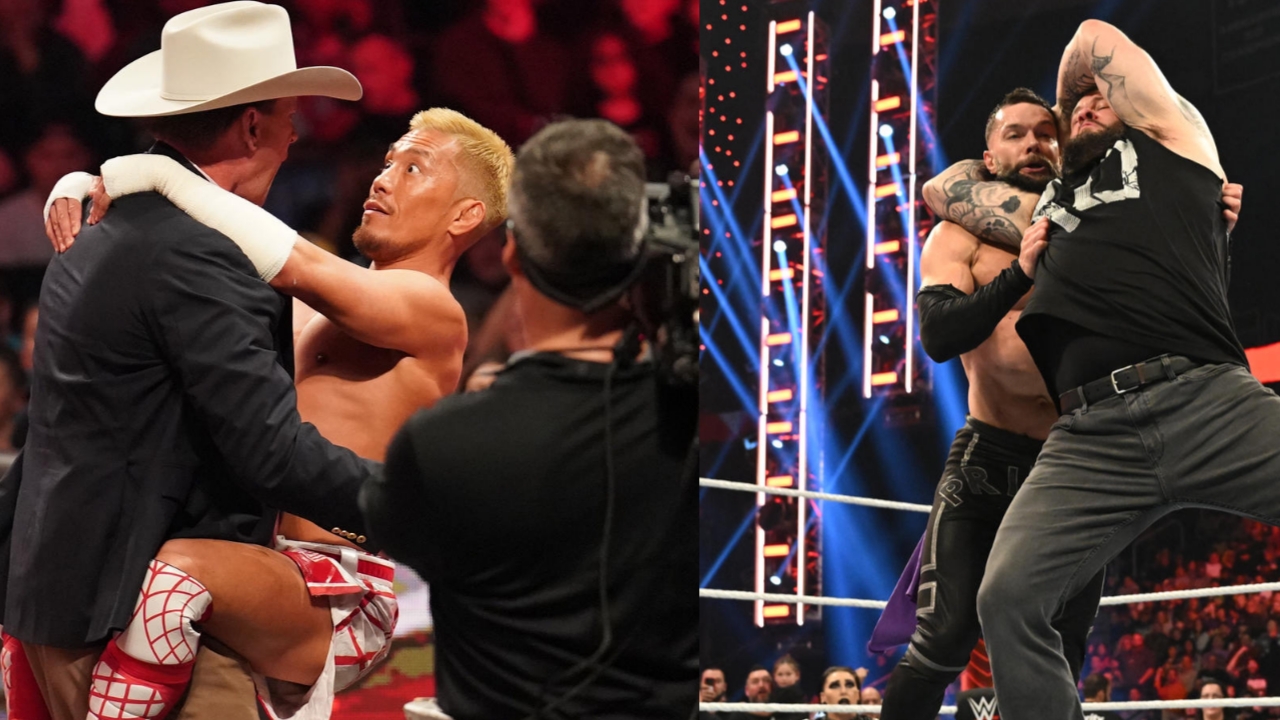 United State Champion Seth “Freakin” Rollins Kicks off the show. Rollins said Austin Theory was stupid as he tried to cash-in his MITB briefcase against me.  But that does not matter, because the important thing is that he has the gold at his waist. Bobby Lashley interrupts him, threatening to attack him again and again until he wins back the championship.

The fight was a mere formality for Lashey, who barely received damage from a willful Mustafa.  Bobby punished his rival inside and outside the ring, until finally applying the Hurt Lock, forcing the referee to put an end to the contest.

Backstage, we see Damage CTRL trying to recruit Mia Yim for her team in Survivor Series: WarGames.  However, Yim assures that she has nothing against Bianca Belair and her companions, so she chooses to decline the heels’ offer.

Quite the entrance for The Brawling Brutes & @DMcIntyreWWE ahead of #SurvivorSeries #WarGames this Saturday!#WWERaw pic.twitter.com/jWmahFovrm

Gable chooses to focus on punishing Riddle’s leg at the end Riddle prepares to apply an RKO, Otis distracts him from ringside.  Matt gets rid of him, but Chad finally covers him with the help of his partner, who from outside holds his legs.

Johnny Gargano interrupts The Miz , calling him a liar.  Gargano points out that he and his family have spent the weekend on vacation.  He has proof, since Maryse, The Miz’s wife, has published several photos of her on social networks.  The heel replies that she was referring to his hotel room.  Saxton (The Host of Miz Tv) was interested in this story, but The Miz urges him to continue with the plan, and for the interviewer to ask him the agreed questions.

The Miz will face Dexter Lumis in an one on one match. If Lumis wins, he will receive the money Miz owes him, as well as get a contract with WWE.

Backstage Theory blames Bobby Lashley.  He assures that, if it weren’t for him, he would now be a two-time United States Champion.

One of the best match of the night .Theory brought out the new, more dangerous and violent character of him. Several nearfalls blew up the crowd.

In the closing moments of the match, Austin managed to survive a sleeper hold, a Famouser, and a Zig Zag from Dolph.  Austin responded by applying his A-Town Down twice.  However, instead of covering his opponent, Theory unleashed her full fury on him, inside and outside the ring, forcing the referee to end the match.

Backstage, Damage CTRL is approached by Rhea Ripley, offering to be the fifth member of the team for WarGames.

Seth Rollins (c) vs.  Finn Bálor for US championship

Shortly after the start of the match, the Irishman threw his rival through the commentary table, causing him to hit his stomach, which was a handicap for him for the rest of the fight.

As Bálor and Rollins trade attacks, The Judgment Day and The O.C.  they break into ringside, starting an altercation in and out of the ring.  The chaos causes the referee to be distracted, a moment that AJ Styles takes advantage of to push Finn, who at that moment was on the corner preparing the Coup de Grace.  The Irishman is at the mercy of his rival, who puts an end to the fight with the Curb Stomp.

As @RheaRipley_WWE gains the #WarGames advantage for her team, it's a complete brawl between both teams just days before #SurvivorSeries!#WWERaw pic.twitter.com/NzdSBiVFFD