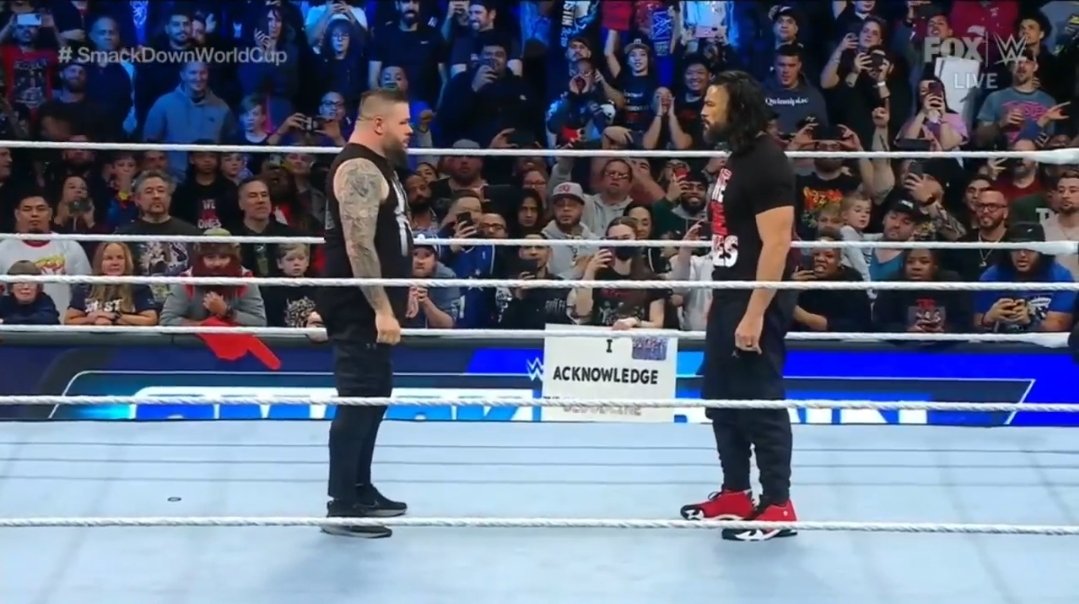 You can watch the video clips of that Street Fight match below. A few weeks ago Kevin Owens unfortunately suffered a right knee injury (MCL sprain confirmed later) at WWE house show, during a match with Austin Theory.

Here is what happened in SmackDown’s main event

Butch  defeats Sami Zayn in the first round of the SmackDown World Cup. Butch starts in the lead before receiving a surprise Powerbomb. Zayn throws his opponent out of the ring, but a cross between The Bloodline and Brawling Brutes distracts him and he is attacked.

Sami pounces on Butch and leaves him lying at ringside before the commercial break. The action spirals out of control at ringside as Butch damages Sami’s fingers and pounces on The Usos. Jey Uso accidentally avoids his partner’s Helluva Kick and the Brawling Brutes’s ends with a Bitter End for the victory .

Roman Reigns joined  the physical brawl between both teams. Tribal Chief spear to McIntyre before seeing the faces with Sheamus. Sami pushes away the “Celtic Warrior”, who receives a Superman Punch and is close to being speared. KEVIN OWENS IS BACK! K.O. is the fifth member for Survivor Series WarGames.

“The Prizefighter” faces Reigns and both begin a physical exchange that leaves “Tribal Chief” cornered. Sami Zayn watches Sami Zayn closely before receiving the Superman Punch. Owens recovers and closes the show with a Spear on Roman to drive away The Bloodline.