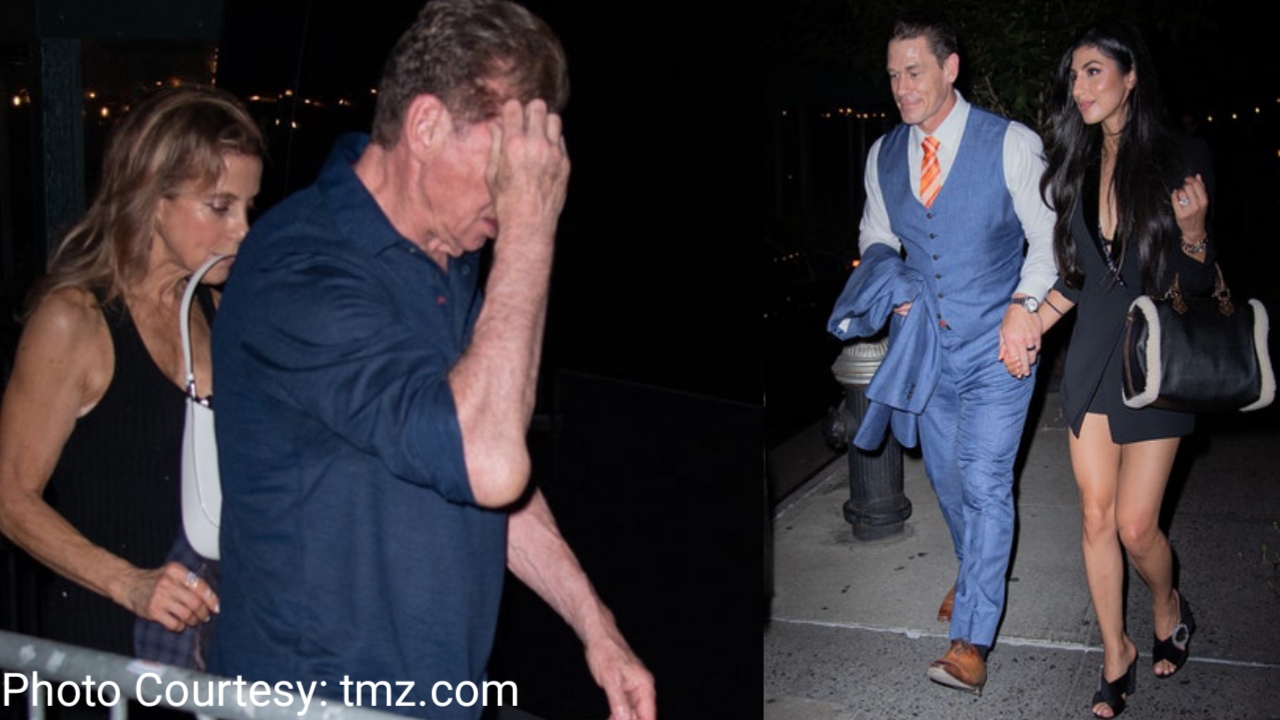 At the exit of the restaurant, Vince was accompanied by a member of security and a woman, whose identity has not been revealed as of now. Vince McMahon seemed uninterested in speaking as he tried to hide his face from him as he got into his vehicle. You can see Video footage & photos through TMZ official website by clicking here.

Pat McAfee and Brock Lesnar were also there pic.twitter.com/wgK94pyhv3

John Cena & Brock Lesnar have a very close relationship with Vince McMahon & this business. The 16-time WWE Champion has described his former boss as a mentor and even a second father. In recent statements, Cena pointed out that his Mount Rushmore of the world of professional wrestling would only be occupied by one person: Vince McMahon.

On July 22, 2022, Vince McMahon posted a message on Twitter to confirm his decision to leave his position, indicating that at age 77 it would be time for his retirement. Vince McMahon’s announcement is tied to the Wall Street Journal’s publication on the bribery scandal in which the chairman allegedly paid several million to keep four women silent.

At 77, time for me to retire.
Thank you, WWE Universe.
Then. Now. Forever. Together. #WWE #thankful

From this investigation, WWE has been targeted by several law firms. The situation also caused Vince McMahon to step down from his position as creative director, placing Triple H in command.