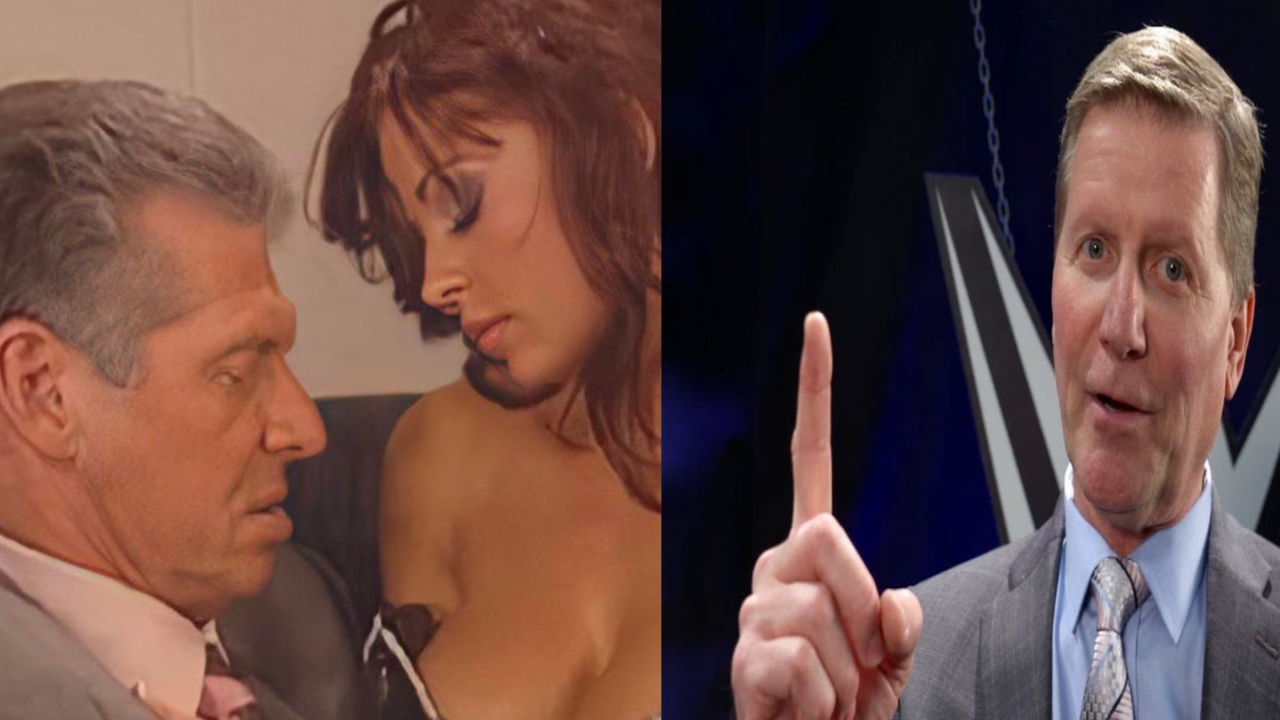 No way would Vince McMahon mistreat, and abuse women for his own personal gain. He's innocent 😏.#WWE #VinceMcMahon pic.twitter.com/bsCHtm1n3P

Here is complete details WWE investigates a possible economic diversion of Vince McMahon Vince McMahon would have paid three million dollars to a former worker with whom he had an affair .

McMahon and John Laurinaitis are accused of having improper conduct on their employees .

According to the Wall Street Journal news portal, the company’s board of directors began an investigation against Vince McMahon after the latter diverted the sum of three million dollars.

WWE’s board is investigating a secret $3 million settlement that longtime CEO Vince McMahon reached with a former employee with whom he allegedly had an affair, according to documents and people familiar https://t.co/FXdiFlpfiq

The investigation would have begun in the middle of April, when several female WWE workers claimed misconduct by McMahon and John Laurinaitis, the company’s head of talent.

Specifically, a former employee was compensated with the aforementioned monetary amount after leaving the company in January. The worker was under contract as a legal assistant to the company since 2019.

Several internal reports assure that she received this money “to keep silent regarding her relationship or approaches with Vince McMahon.”

The process carried out by WWE and the legal firm Simpson Thacher & Bartlett LLP will allow us to determine how many times this kind of illicit payment has been repeated in previous years.

Initially, several witnesses clarified that several million dollars have been allocated with similar intentions. The agreements to former employees were financed by the personal funds of McMahon, who signed these documents and others that also made mention of Laurinaitis.

A WWE spokesperson clarified to the WSJ that the relationship between Vince and the former employee was consensual.  Attorney Jerry McDevitt made brief statements on behalf of Vince McMahon. McDevitt clarified to the WSJ that the employee has not filed charges of sexual harassment, and ensures that WWE has not paid any type of financial settlement.

Here is latest update on this Matter Fightful has provided new data and information about the case, the outlet points out that WWE has brought the Wall Street Journal article to the attention of its staff, while sending an internal email to many of its employees, with the following text:

At the moment, the company has not wanted to make any public comment, although Fightful has managed to contact some sources within the company.

A big update, reactions, more details on the Vince McMahon investigation on https://t.co/jy8u4a7WDa

These sources indicated that the relationship between Vince McMahon and the legal assistant was “known” by many in the company, and even pointed out that he was given a substantial promotion in the midst of budgets cut in April 2021.

In addition, they state that she was promoted from assistant to John Laurinaitis to a “director” role that spring. Meanwhile, the outlet points out that he did not receive any information about it when he asked his company sources about the departure of Stephanie McMahon, and the subsequent absorption of his functions by Nick Khan.

On Nia Jax’s tweet from last April
company sources for the departure of Stephanie McMahon, and the subsequent absorption of their functions by Nick Khan.

On Nia Jax’s tweet from last April Fightful also wanted to remember the tweet published by Nia Jax on April 30, where the former WWE superstar said the following:

“It’s a shame, some people deserve a chance to shine like the stars they really are, but unfortunately certain top brass can never see past their own wicked ways. Too bad, there aren’t the lucky ones who can use blackmail to keep their jobs. *random tweet*.”

In this sense, there was no mention of this by WWE representatives or higher-ups, and Jax was dismissed as a “bitter” in the background. This would have happened after the investigation was launched.

In this sense, the media points out that, being part of the board of directors at the time the investigations began, she would have been aware of everything, like Triple H and Nick Khan.

In addition, immediately after that there was speculation that someone from the company intentionally leaked the information.

On the “archaic” behavior of John Laurinaitis Fightful recalls that John Laurinaitis was returned to the position of Head of Talent Relations in 2021, at which time the outlet learned that female talent had expressed frustration and dissatisfaction with the move.

Completely detached from their hiring practices, many of the women the outlet was able to speak with felt they were “archaic.” In this sense, one of them, who preferred to remain anonymous, said:

“I’d rather have all my shit sent to me in a garbage bag when I’m fired than have to deal with it, and neither are good options.”

The media points out that, after contacting several people from WWE, all under the condition of maintaining their anonymity, they agreed with the first assumptions that this is the greatest threat to Vince McMahon’s power in WWE since the steroid trial of nearly three decades ago.

These same sources expected John Laurinaitis to be replaced before all is said and done, with one speculating that he will become “Vince’s latest scapegoat, his turn in line was coming.”

Another wrestler who was active in the 2000s and 2010s claimed that there had been rumors about John Laurinatis’ misconduct for some time. A former writer said it was an open suspicion in the mid-2000s.

Finally, a former office employee pointed out that he thinks this will cause a “domino effect” and that Vince McMahon will fight hard to stay, but does not contemplate a situation in which Laurinaitis does not resign.