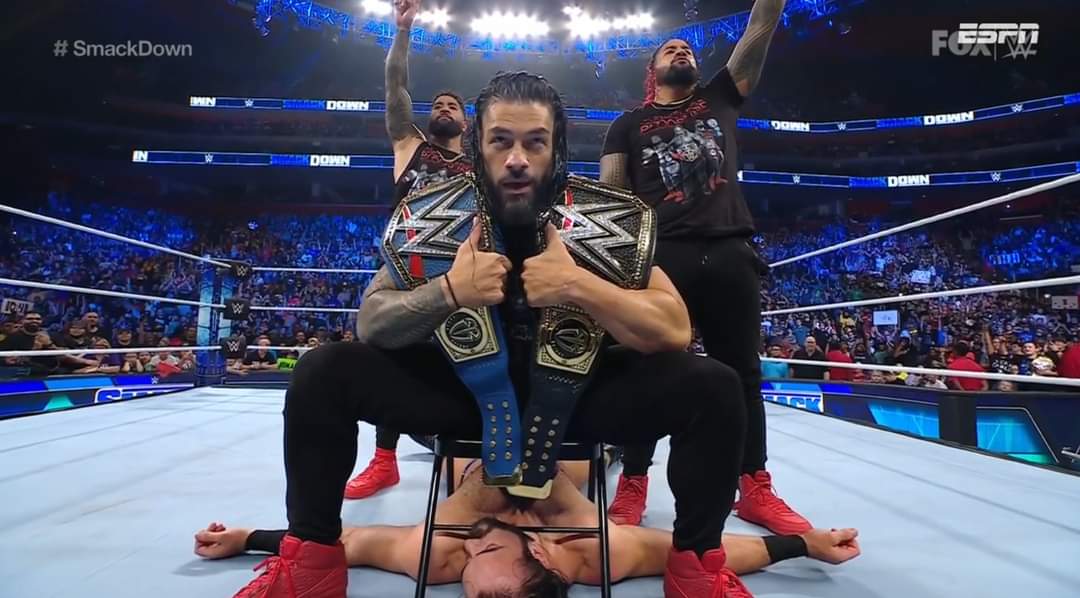 During the main event of WWE Friday Night SmackDown episode of August 27, 2022 Roman Reigns along with The Usos interfered in the match Between Drew Mcintyre & Sami Zayan & All attacked Mcintyre .

When Drew Mcintyre was celebrating his victory against Sami Zayn Roman Reigns comes out by surprise and attacks Drew McIntyre. Scottish warrior try to fight back but he falied in front of numbers game The Usos & Zayn attacked with steel steps multiple times .Scottish receives several hits from The Usos and even a Helluva Kick from Sami Zayn.  The four men from The Bloodline pose together on Drew to close the episode.

Next week's #SmackDown is going to be one you don't want to miss! pic.twitter.com/SR1xGnUJHk