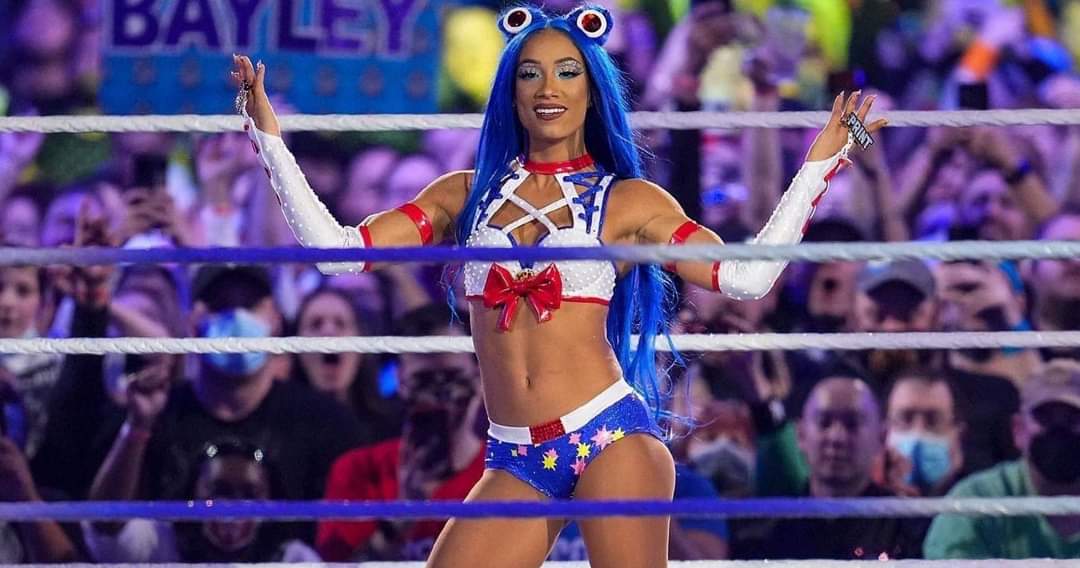 The first appearance of Mercedes Varnado aka Sasha Banks is announced after his supposed departure from WWE.

More evidence of Sasha Banks’ departure from WWE is revealed. After almost two months of continuous speculation, rumors and contradictory information, everything indicates that the story of Sasha Banks and Naomi in WWE would have come to an end.

Both female wrestlers have been in the news since they decided to leave the venue where the Monday Night Raw episode took place on May 16 shortly after it aired, which led the company to suspend them indefinitely.

All 3 would go on to become decorated top main event stars of the industry today. pic.twitter.com/g6MhpjRcUN

Since then, we have witnessed a veritable whirlwind of news and information that seemed endless. Meanwhile, the protagonists chose to remain silent, although rumors increasingly pointed to the end of the relationship between the fighters and the company.

In this sense, in the case of Sasha Banks, various media reported that the Banks was trying to obtain her release from WWE through her lawyers.

The latest information indicates that Banks and Naomi would already be out of the company, although we are still waiting for an official confirmation from WWE. Meanwhile, Naomi took to Twitter to speak out for the first time on the subject since she was suspended indefinitely, even teasing Lince Dorado about working together outside of the company shortly.

For her part, Sasha Banks has recently been announced to make her first public appearance since her alleged departure from WWE. The fighter will be present at C2E2 2022 (Chicago Comic & Entertainment Expo 2022), which will take place from August 5 to 7 at McCormick Place.

Banks will hold a $70 autograph signing and a $90 photo shoot. It should be noted that the fighter has been presented with her real name, Mercedes Varnado, another indication of her obvious break with WWE, despite the fact that reference is also made to her time at the company (as Sasha Banks) and her role in the series “The Mandalorian” (as Koska Reeves).

Please join us in welcoming our next #C2E2 guest, Mercedes Varnado (Sasha Banks)! Whether you’ve seen her in the ring or as Koska Reeves in The Mandalorian, you are not going to want to miss out on this Photo and Autograph opportunity! Buy yours now: https://t.co/i3BeALlo7k pic.twitter.com/UFpdSIEGYP

Update: Sasha Banks would not work on any wrestling project until 2023 here is the full story

“The move caused many wrestling conventions to contact the performer aka Sasha Banks, noting that it might not be until 2023,” Sapp wrote on Patreon. “We also contacted other convention organizers who confirmed to us that they had contacted their representatives and offered them a specific, firm rate. However, the wrestling-related promoters who tried to contract with her They were told that I was only accepting reservations not related to wrestling until January 1.”

“WWE has yet to officially confirm her release. A promoter who contacted us noted that she ‘can’t imagine her not being released at this point.'” The talents we’ve followed up with also have this impression, still. From an official point of view, nothing has changed,” he continued. “We haven’t been told if her not taking wrestling-related bookings is personal preference or tied to something contractual, but we’ve exhausted sources to find out.” H/T Ringside News

With each new news, it seems more evident that the departure of Banks (and also of Naomi) is already a fact. The actions carried out by WWE in recent weeks, such as the removal of the fighter’s image from the opening videos of the shows, her removal from the company’s internal roster, or the disappearance of her image/avatar from the app of Peacock, could be the prelude to the official and definitive confirmation of his departure from the company.