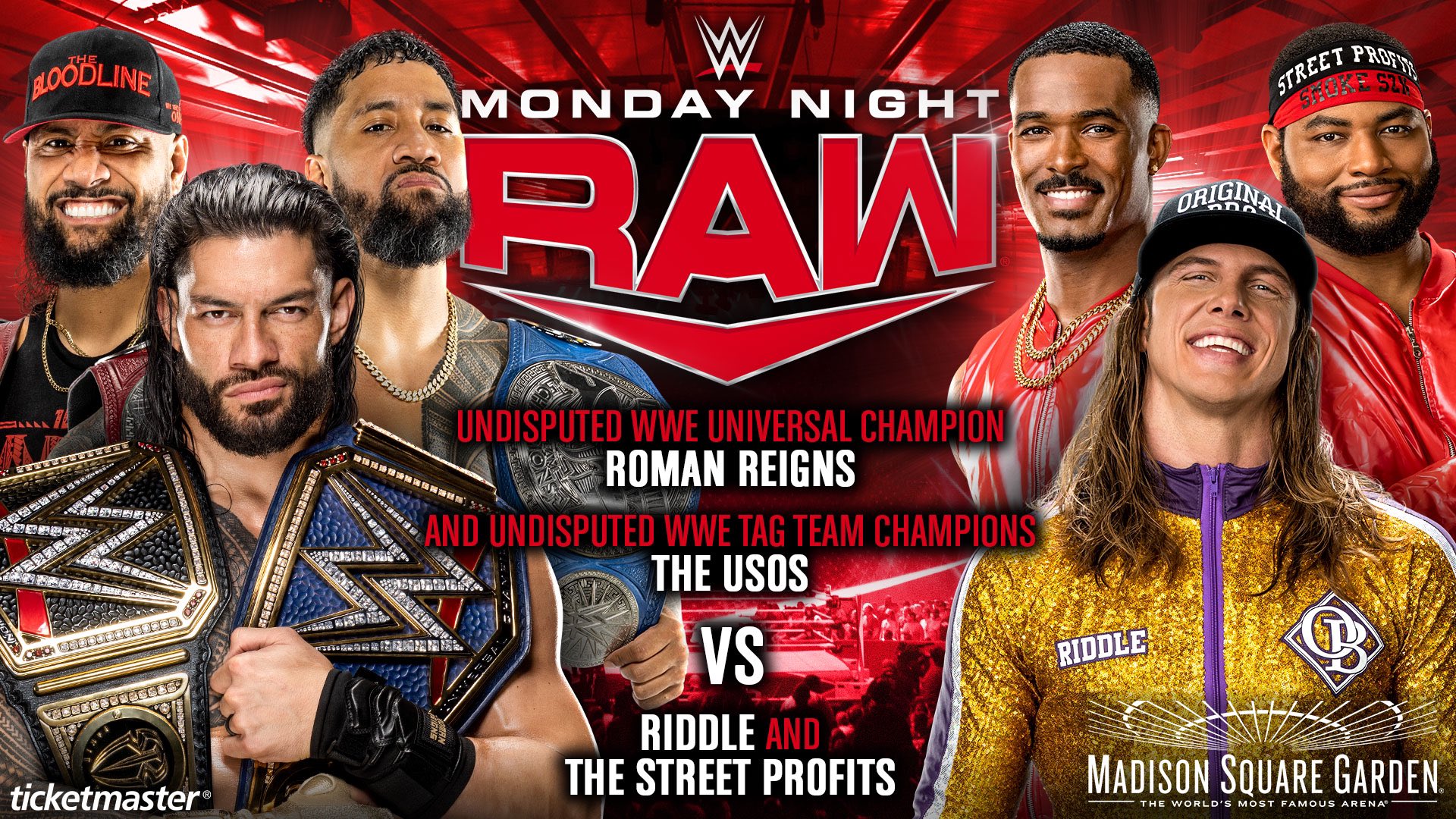 Roman Reigns has reduced his schedule since he became WWE Unified World Champion. The times that he has appeared in the programming of the McMahon company after WrestleMania have been very few.

The last one was last Friday on SmackDown, where he came out with The Usos and Paul Heyman to the ring to cut a promo. A few hours ago Roman Reigns was also appeared on a Sunday live event .

It was announced today that The Bloodline (WWE Universal Champion Roman Reigns and SmackDown Tag Team Champions The Usos) will take on Matt Riddle and The Street Profits when WWE Raw returns to Maidson Square Garden on July 25.

This will be Raw’s first television show at the Garden in 3 years. The aforementioned match is more likely to occur after the live broadcast and is being advertised to promote ticket sales. Previously, WWE was announcing Seth Rollins vs. Riddle, but the plans regarding this meeting have obviously changed.