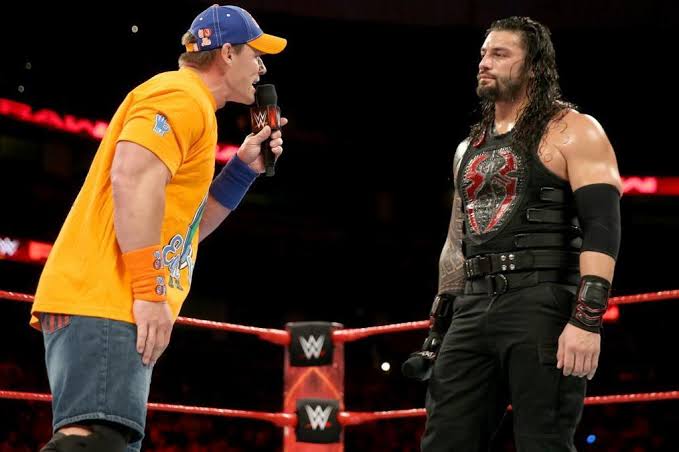 5 possible rivals for John Cena at SummerSlam We highlight 5 potential rivals to face John Cena in Summerslam if he returns to the WWE ring.

All the rumors suggest that we will have John Cena back in WWE this summer. In the last hours it has been confirmed that he will be free from July 6 and available to appear on the Friday Night SmackDown episode that will air on FOX on the 16th.

With the return of the public, everything is possible, and if WWE wants a claim of the caliber of The Rock in the premiere of his product on the channel … why not? Although there is more. It is also said that he will have a match at SummerSlam, an event to be held in Las Vegas, a market that WWE does not dominate, so he will have to go the extra mile to attract a large following.

Imagining Cena wrestling once again in WWE, in this article we’ll go over 5 potential rivals who could fight the 16-time world champion at SummerSlam. 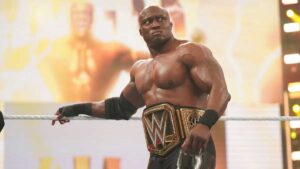 WWE has several options on the table but, if you want to empower Raw, one of the best is Bobby Lashley. The current champion is in the best moment of his career and has managed to crush rivals such as Drew McIntyre or Braun Strowman.

It is very likely that he will have one more fight with the Scotsman in Hell in a Cell, but I am convinced that he will pass the test. It is rumored that, from that moment on, new rivals await him, such as Damian Priest. It can be interesting and entertaining, although I have many doubts about a rivalry like this in the face of SummerSlam, an event where WWE is going to play it all with the return of the public. With MVP next to the champion, we could enjoy some very entertaining promos. And as for the fight, I am convinced that they would give us a great show. 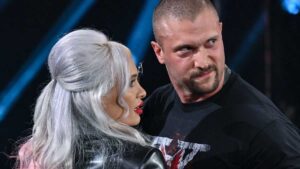 The NXT champion has expressed his intention to face John Cena on more than one occasion. In an interview given at the beginning of the year, he placed it above other great options for a dream fight, such as The Rock, The Fiend or Brock Lesnar among others. The truth is that it would be a good idea if WWE intends to put Kross before the approval of his Universe.

But for this, a height promotion should be done in a short time. Kross is now an NXT champion and has some issues to grapple with. A fight against John Cena would make all the sense in the world after having thrown all kinds of hints and innuendos, but it is likely that, at the media level, it will not have as much force as other options. 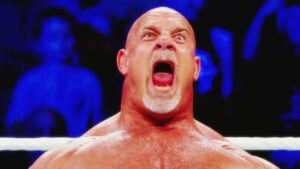 Despite the warning from John Cena Sr, who opined on a Sportskeeda podcast that his son should not face Goldberg, it is a fight that has never happened and that could have the approval of Vince McMahon.

Goldberg is still under contract with WWE and has a few matches to play. At Royal Rumble the guy held out against Drew McIntyre and showed that he still has a wick. Surely he is unable to play a long match, but a confrontation with Cena in the middle of the ring and with the newly arrived public would cause a cataclysmic reaction in the WWE Universe. 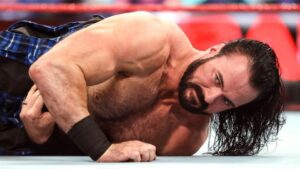 If John Cena does not come to play, it is likely that WWE will decide to face him against a rival in conditions. Right now, there are two mainstays in the RAW and SmackDown brands. One is Roman Reigns and the other is Drew McIntyre. Considering that Cena will make his supposed return to SmackDown, it is likely that he will go for a fighter of the blue brand, but the road to SummerSlam is long and a lot can happen.

McIntyre could be dropped from the title orbit at the next Hell in a Cell event and that would open up new things. John Cena already passed the torch to Roman Reigns once and could do the same to Drew McIntyre. In terms of in-ring entertainment, this fight would probably be one of the best options. 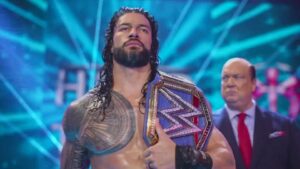 The WWE Tribal Chief is running out of options on SmackDown. After passing the tests of the Uso, Daniel Bryan and Cesaro, Roman Reigns needs a big claim for SummerSlam. One of the options is, in my opinion, Seth Rollins – and with a briefcase in hand much better.

But based on that path, I see more of Seth Rollins trading treacherously than ‘sportsmanship’. For that reason, unless WWE decides to give Cesaro a new chance or put Big E in the title scene, John Cena would be the biggest rival that, in the media, Reigns can have. We have already seen this combat but, in a way, it knew little.

For me, John Cena humiliated Roman Reigns. He passed the torch to him after being defeated, but the damage had already been done. A clear Roman Reigns victory over Cena would make him the great emperor WWE has been seeking for the past decade.