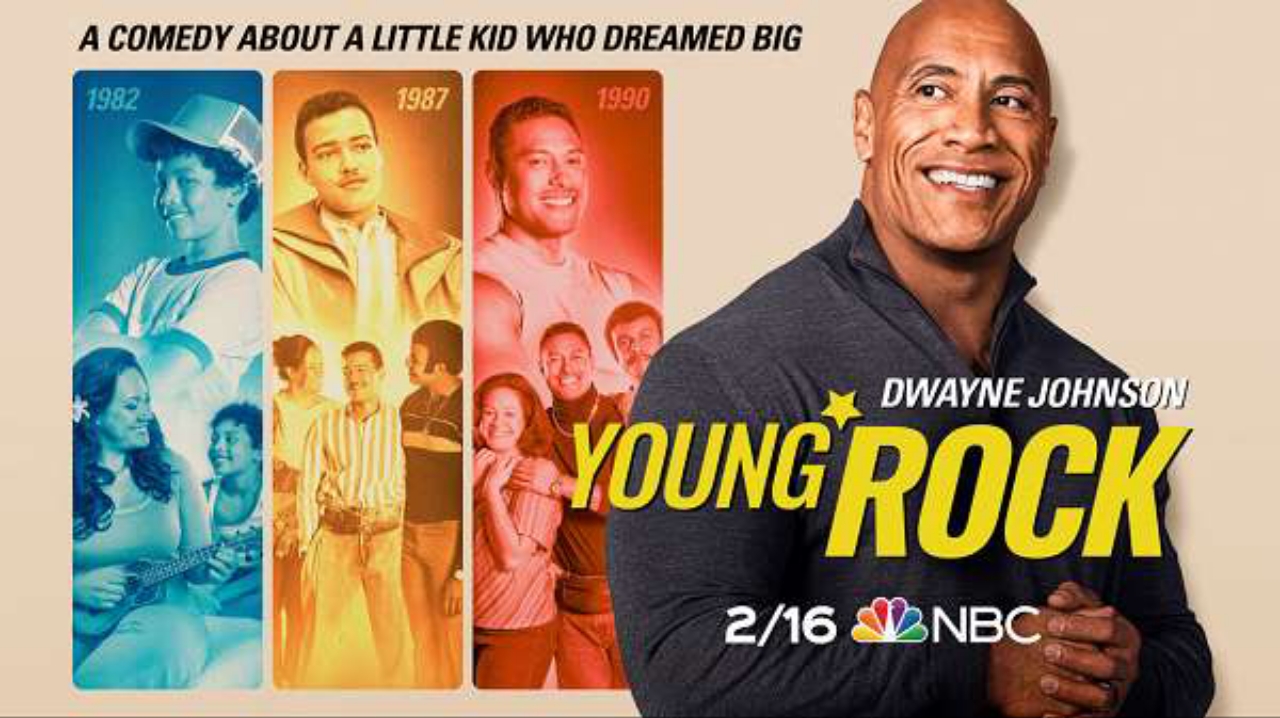 The premiere episode of Young Rock on NBC, a comedy about the life of Dwayne ‘The Rock’ Johnson in his youth, registered a total of 5,034,000 viewers, according to the specialized portal Showbuzz Daily.

The show also ranked second in the ages 18-34, while it landed at No. 1 in the 25-54 age demographic. Next week, Young Rock will air its second episode, “On The Road Again.” The synopsis of the chapter is as follows: “Pennsylvania, 1987.

Dwayne pretends that he is rich to impress a popular girl, Karen, but a date to go see Rocky’s fight at a flea market puts the truth at risk Worried about money, Ata, her mother, accepts the order of a new rich client. ”

Young Rock will have 11 episodes

Three actors will play The Rock in its different stages of its request. Adrian Groulx will play Johnson at his age of 10, Bradley Constant will do so when he reaches 15, and eventually Uli Latukefu will get the role in his early 20s.

She also confirmed that Stacey Leilua will be Ata Johnson, her mother, Ana Tuisila as Lia Maivia, her grandmother and Joseph Lee Anderson as Rocky Johnson, her father. Young Rock is scheduled for an 11-episode first season and it is unknown if there will be a second season.

Everything will depend on the audience that NBC manages to achieve. The series has been filming in Australia and is written by Nahnatchka Khan, creator of the ABC comedy “Fresh Off The Boat.” The show’s executive producers include Dwayne Johnson, Dany Garcia, and former WWE Raw lead writer Brian Gewirtz.