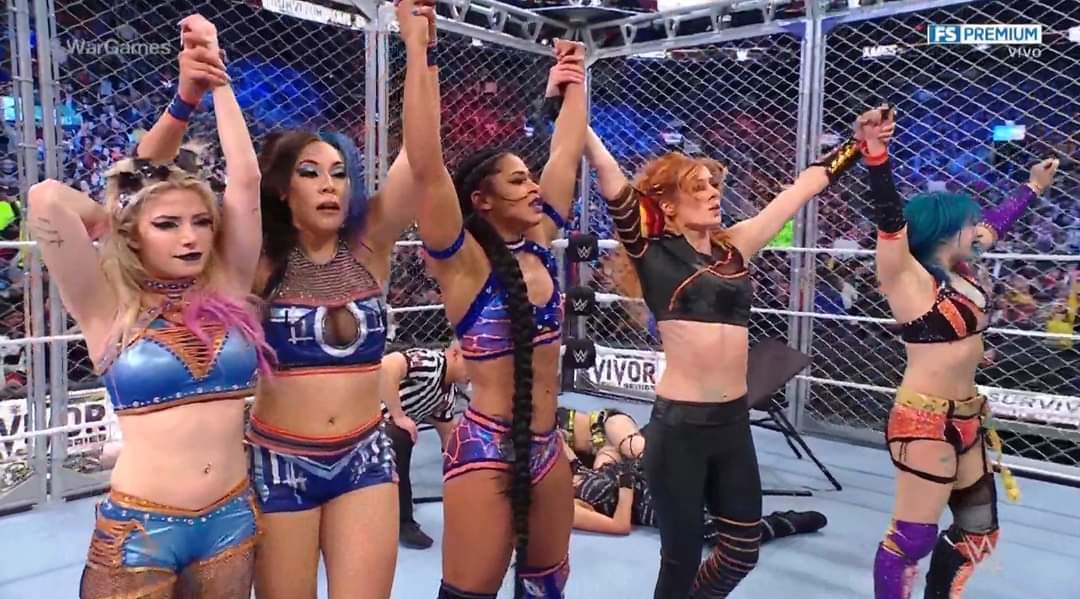 You May also like Watch WWE Survivor Series 2022 Full Highlights

This was the first matchup of the Premium Live Event day in Boston, Massachusetts. Dakota Kai and Bianca Belair started, with the latter dominating the match until IYO SKY took the advantage for her team. Asuka and Nikki Cross followed, with the latter being the first to deploy her weapons towards the cage.

The other women entered to maintain an even rhythm in the rest of the fight. Once Rhea Ripley and Becky Lynch entered the ring, the war games officially began. Rhea received the first hit when she took a Green Mist from Asuka followed by a DDT from Becky.

After a struggle around the corner, Nikki caught Alexa in handcuffs before she decided to do the same with her former partner, leaving them tied up for the rest of the fight. Later, “The EST” and “The MAN” worked together to dominate Damage CTRL. In the final moments of the fight, Becky Lynch jumped on Dakota Kai with a Legdrop from the top of the cage and took the victory .