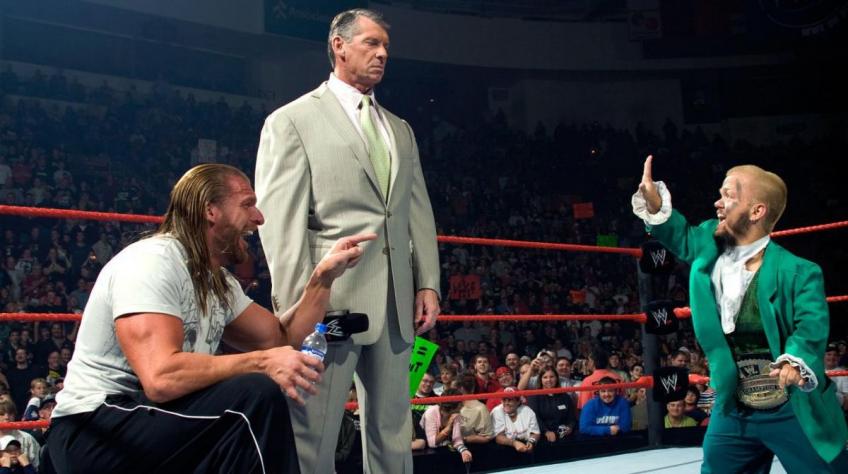 Former WWE Superstar Hornswoggle had a memorable carrier in the company. He was in the role of Mr. Mcmahon’s illegitimate son. Pro wrestling fans enjoyed this role very much.

Hornswoggle also took part in WWE royal rumble and he has lasted longer than a few wrestlers. Now he has not been seen in the WWE ring for a few years. Fans always remember the little man.

Currently, AEW has been dropping some good promos with MJF & Chris Jericho. At this time Jericho had help from Hornswoggle.

Chris Jericho recreated a segment that was inspired by the movie “Hangover”. In this segment, Jericho and former TNA star Konnan opened a door and saw a literal man-baby in hornswoggling crying on the floor. You Can see this interesting segment below.

The Inner Circle just did a full Hangover spoof with Hornswoggle as the baby. 😭

Both closed the door, so we got to see former WWE superstar Hornswoggle for about 3 seconds. Overall Cameo was a nice addition to these things. However, this will be interesting to see how WWE will react to this appearance. because still has wwe in his name.