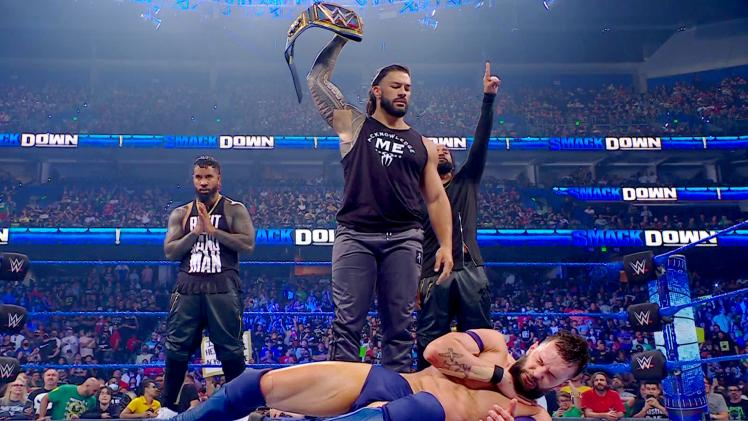 The last episode of the WWE SmackDown closed with a new clash between Roman Reigns and Finn Balor, Roman & his brothers,brutally attacked former universal champion when he was ready for a match with head of the tablet Roman Reigns, The Usos attacked Balor before the start of the match .In addition, two matches were confirmed for SummerSlam: Bianca Belair vs Sasha Banks for the SmackDown women’s championship &  while Edge vs Seth Rollins.