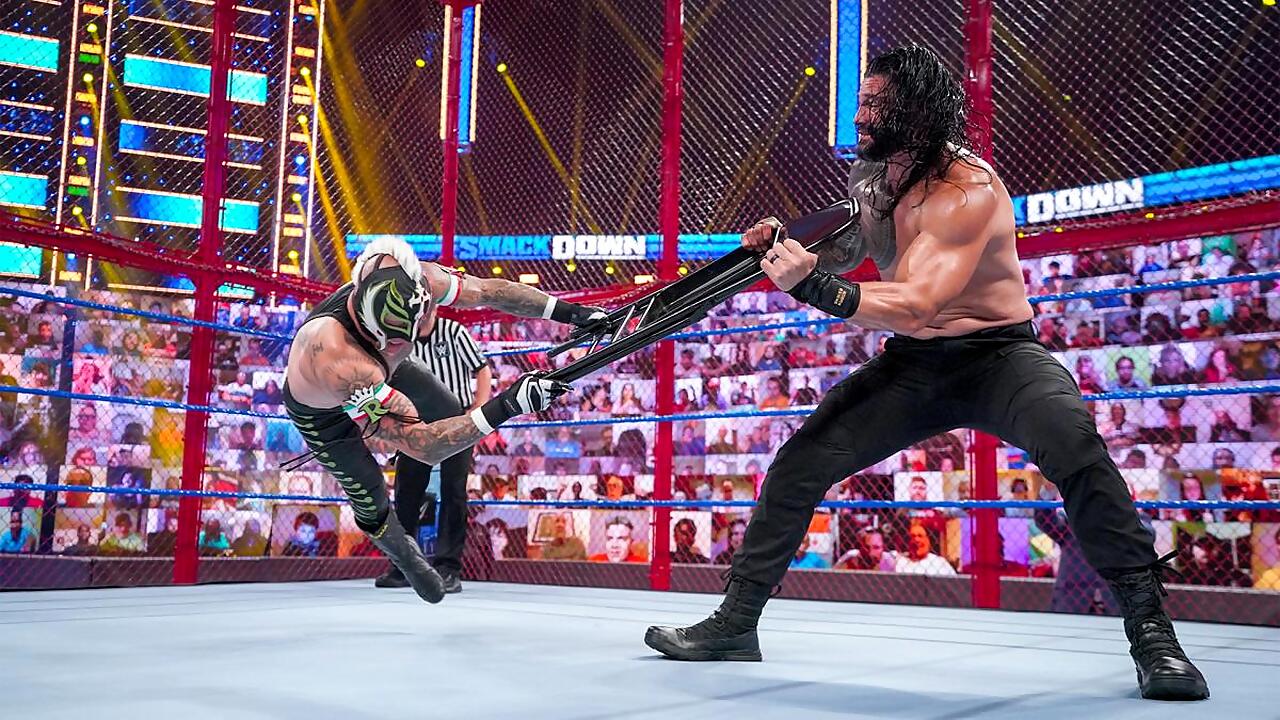 The most recent episode of Friday Night SmackDown on FOX has recorded an audience of 1,928,000 viewers. This number represents a small increase of 4.04% compared to the 1,853,000 that were registered last week. SmackDown remains on the rise for the third week in a row.

In addition, the blue show topped the list of most-watched clable shows in the 18-49-year-old demographic. The show maintained a rating of 0.5 in this sector, increasing this record by one tenth in relation to the previous week.

The last episode of the blue show saw the confirmation of new fights for Hell in a Cell 2021. We also saw Shinsuke Nakamura winning the crown of Baron Corbin, and the debut with victory of Commander Azeez. In the main event, Roman Reigns defeated Rey Mysterio in the first Hell in a Cell match in the history of SmackDown, thus advancing the match previously scheduled for this Sunday.

Here’s a look at the last five audience numbers for Friday Night SmackDown in 2021.