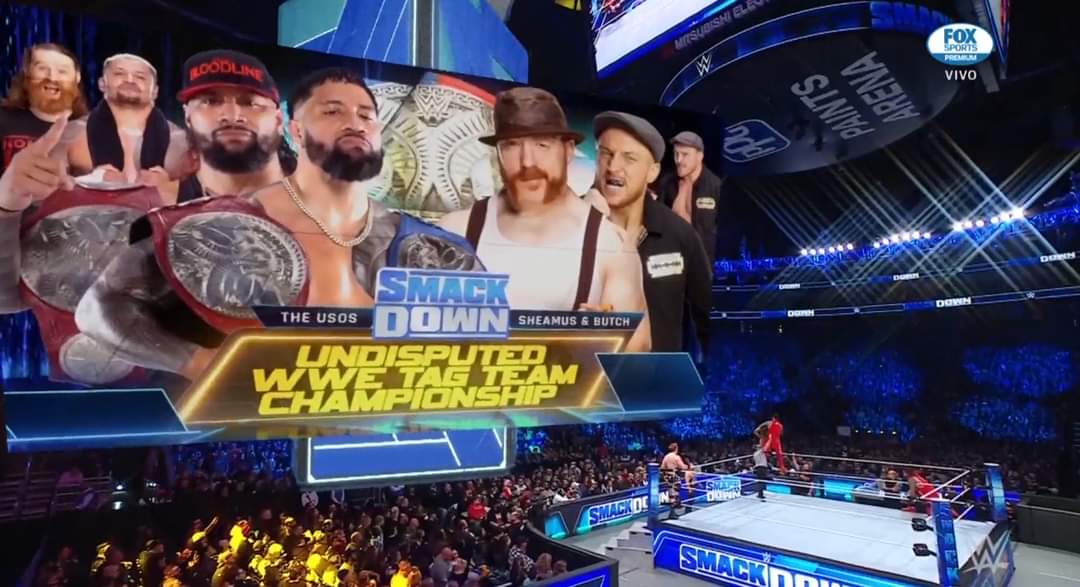 The Usos defeated Butch & Sheamus to retain their unified titles , In the final moments, Butch managed to get the advantage and connected a Powerbomb on Jey. Sami Zayn entered the ring and tried to distract him but Holland threw him out. Only Sikoa gave Holland a beating. Butch took over, but the champions were waiting for him on Day One, as Sami stopped Sheamus from ringside to secure the victory.

Originally Drew Mcintyre was scheduled to team up with Sheamus against The Usos for the unified tag-team titles. A few days ago, Drew McIntyre confirmed on social networks his medical leave for the following WWE shows.

In his absence, it was confirmed that Butch will join fellow Brawling Brutes as the Scotsman’s replacement. Jimmy and Jey come from defeating Matt Riddle and Kevin Owens in a title fight during the red show.