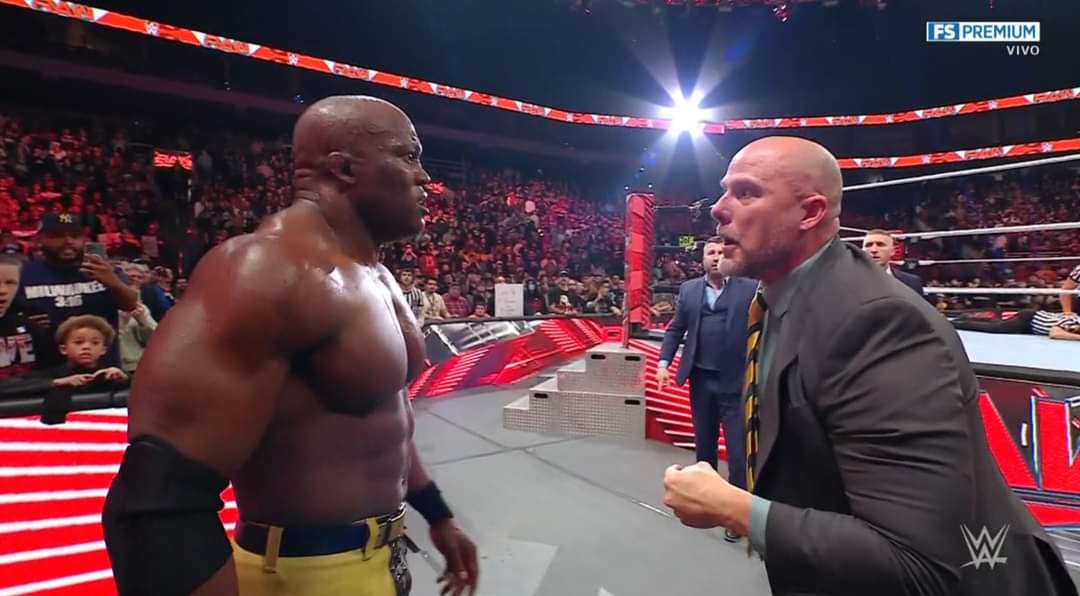 Adam Pearce fires Bobby Lashley on WWE RAW. During the main event of  tonight’s episode of WWE Raw we saw Seth Rollins and Bobby Lashley face off for a United States Championship shot.

After the referee shot out of the ring and failed to intercept a dirty move from “The Visionary”, the latter landed a Pedigree on his opponent for the pinfall victory and the opportunity against Austin Theory.

Obviously upset, “The All Mighty” decided to face the referee for what happened.  The fighter accidentally elbowed a second officer who surprised him behind his back.  A furious Adam Pearce was also shoved at ringside.  As a result of these actions, the WWE official decided to fire Bobby Lashley before the public of the Fisherv Forum.  The fighter ended up confused by the situation as tonight’s episode ended.

Seth Rollins wins and is the #1 Contender for the United States Championship!!#WWERAW pic.twitter.com/SJATjpWSVi

The fact is after a warning that Adam Pearce gave Bobby Lashley last week.  “The All Mighty” had promised not to cause any more trouble after several weeks of unruly behavior.  Lashley’s situation could become much clearer in the next RAW broadcasts.