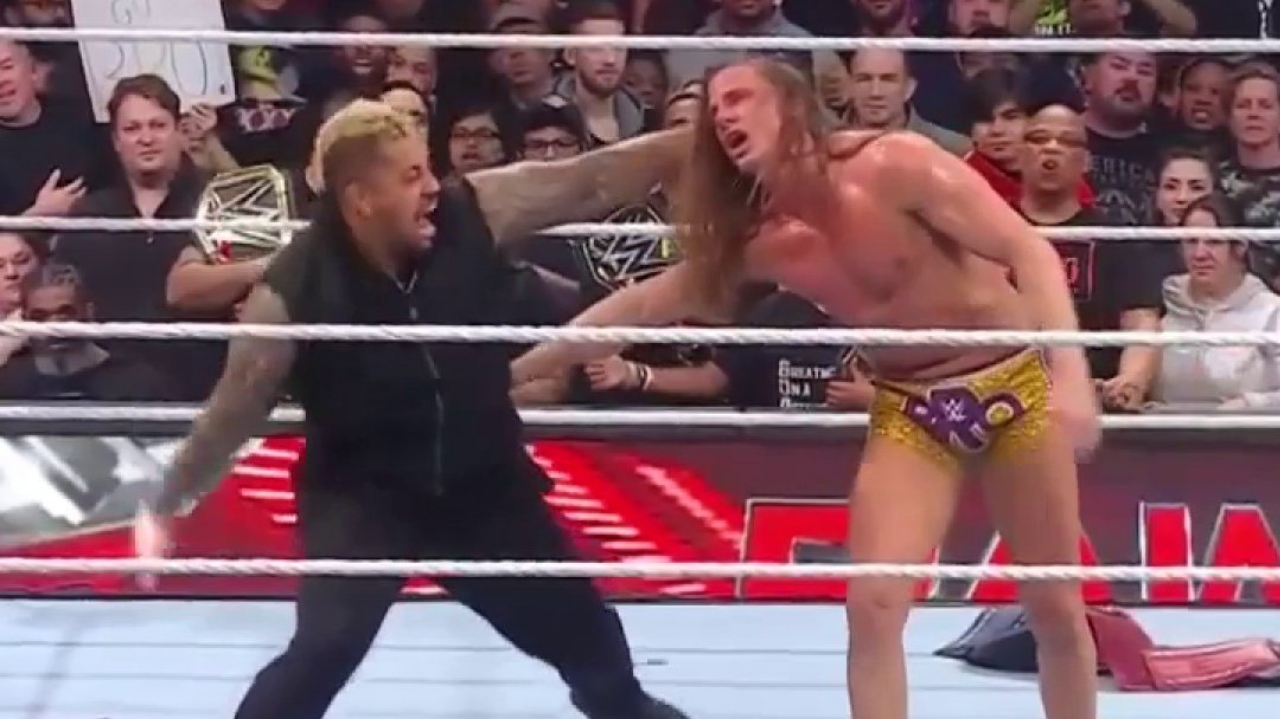 After the match Solo Sikoa destroys Riddle on the ring, he pays tribute to Umaga by  executing several characteristic attacks of Umaga, such as the Samoan Spike and the running Umaga, using a metal chair to do so. You can watch this epic video clip below.

What happened with Elias

Before the broadcasts, Elias was disabled by The Bloodline after engaging in a physical exchange with their title rivals. In this absence, Matt Riddle came out to the ring accompanied by Kevin Owens to battle for the belts tonight.

The two teams were level at all times. After a series of distractions by Sami Zayn and Solo Sikoa, “The Original BRO” received the Day One that gave Jimmy and Jey victory.

In this way, The Usos retain the WWE unified Couples Championships for the sixth time in their reign. Jimmy and Jey hold a combined 504 days with the SmackDown title and 198 with the RAW title. The members of The Bloodline unified both pairs of belts on May 20 on SmackDown after defeating former red show champions RK-Bro, thus adding their eighth reign as a tag team.