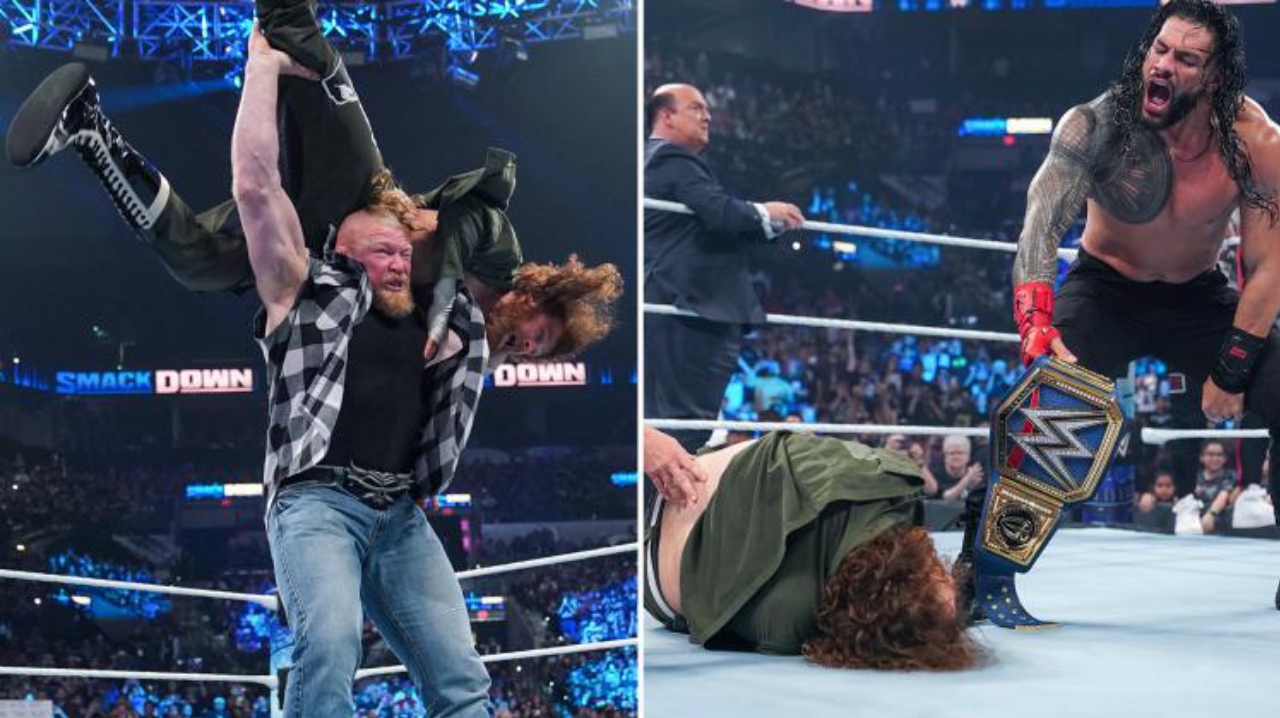 The last episode of the blue show featured several matches and segments of interest, highlighting the appearance of Brock Lesnar, who thwarted all of Sami Zayn’s plans, attacking him before the main event and leaving Roman Reigns his victory on a plate.