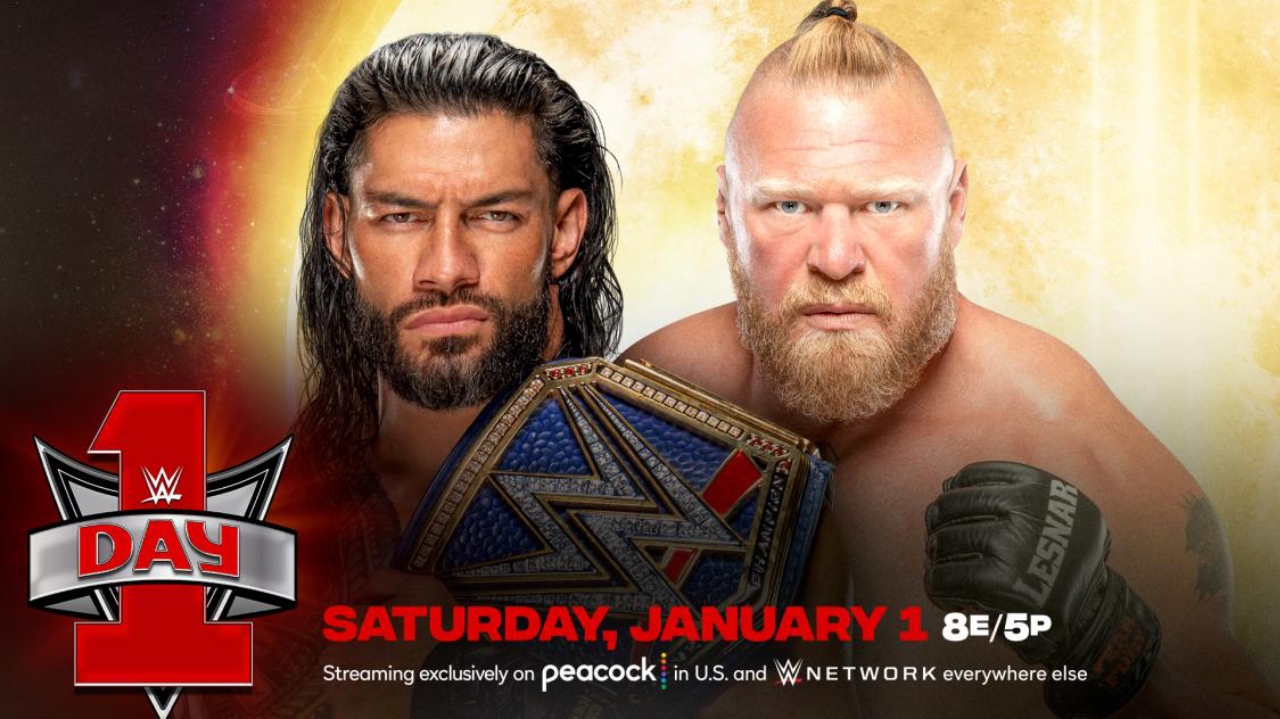 WWE SmackDown saw the return of Brock Lesnar this week, and after his return, Lesnar helped book the Universal Championship match between Sami Zayn and Roman Reigns. . Let us tell you, against the winner of this match, Lesnar was going to fight in the Universal Championship match in Day 1 PPV. After this, the match of Roman Reigns vs Sami Zayn was seen in the main event of the show. Here is Why WWE once again Booked Roman Reigns vs Brock Lesnar match.

Roman Reigns vs. Brock Lesnar is going down at Day 1!#SmackDown #WWEDay1 pic.twitter.com/Qr60mwHfUE

However, Brock Lesnar lashed out at Sammy before the match due to Sami’ disrespect. After this, Roman came to the ring and retained his title by defeating Sami within 17 seconds . It seemed that Lesnar vs Roman match was going to be held at a big PPV like WrestleMania and many questions have been raised due to this match being booked in Day 1 PPV. In this article, we are going to mention 4 such big reason for the booking of Roman Reigns vs Brock Lesnar match in Day 1 PPV.

Check out some of the best moments from last night's Friday Night SmackDown featuring the return of Brock Lesnar! pic.twitter.com/1bI8NcYdjx

Due to the booking of Roman Reigns vs Brock Lesnar match in WWE Day 1 PPV, the question has arisen whether Roman is going to lose his Universal Title in this PPV. This is because Lesnar has lost the last two matches in WWE and it is highly unlikely that the company would want to book Lesnar for the third consecutive loss. So Roman can loses to the beast this time.

If Roman loses his title at the PPV, he will not be able to break the record of being the WWE Universal Champion for the most days. If seen, it is very difficult to get a clear idea of ​​the result of this match, so the excitement about this match has increased a lot.

This is the reason why the question arises if Lesnar is going to ban The Usos from ringside by adding a stipulation to the match. Apart from this, stipulation also needs to be added in this match because the fans will not be much interested in watching the normal match between Lesnar and Roman once again. Which is why it will be interesting to see if stipulation is added to the match.

Roman Reigns vs Brock Lesnar match has been booked for WWE Day 1 PPV and due to this the question has arisen as to who is going to be Roman Reigns’ opponent at WrestleMania next year. It will be interesting to see whether the company is going to organize a third match between these two superstars at WrestleMania or whether Roman will have to face a new opponent in this PPV.

Heyman threw the Universal Title into the ring during the Roman Reigns vs Brock Lesnar match at WWE Crown Jewel while both superstars were lying in the ring. Heyman seemed to have thrown the title at Lesnar, but with the arrival of The Usos, Lesnar was unable to make much use of the title.

Let us tell you, since the return of Lesnar, there have been many such signs which show that Heyman is still with Lesnar. Lesnar himself has talked about Heyman being with him many times. Which is why it will be interesting to see if Heyman is finally going to betray Roman Reigns in the Day 1 PPV.