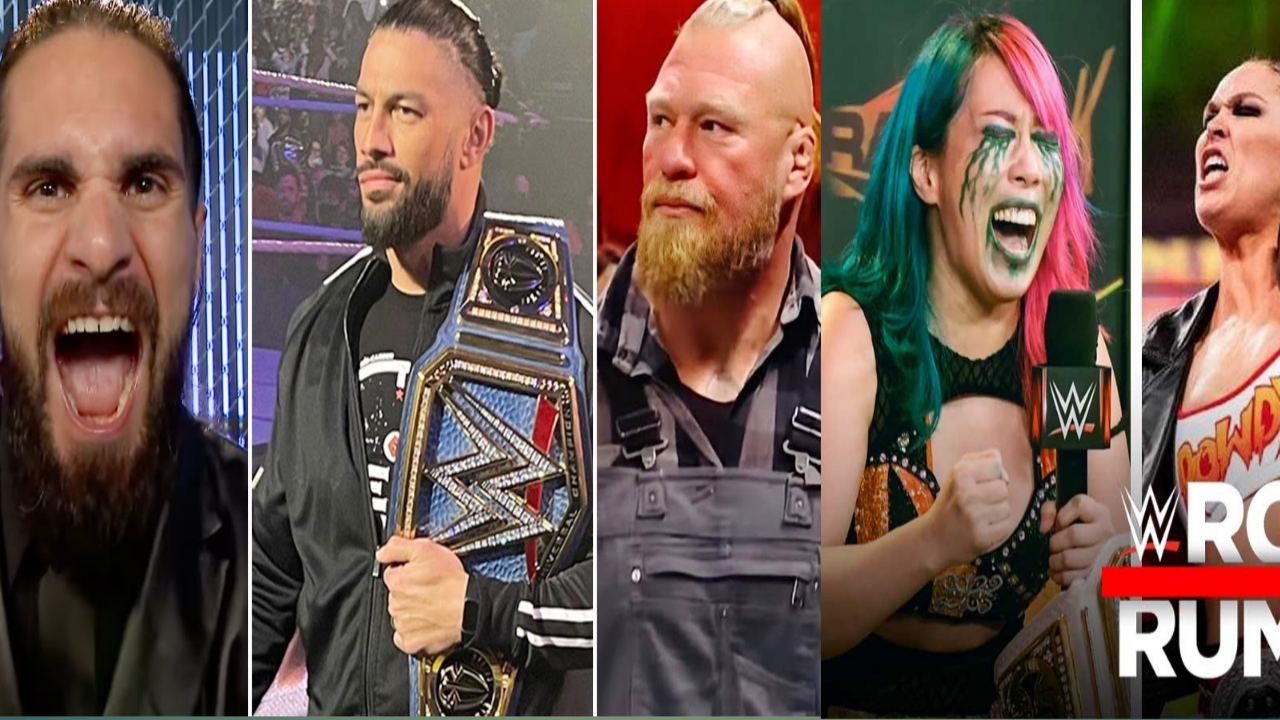 WWE Royal Rumble will take place on 29th January 2022 from The Dome at America’s Center in St. Louis, Missouri. The match card of this premium live event has been almost confirmed, in which all the superstars of WWE’ current roster will participate. In this article, we will discuss the results prediction related to Royal Rumble 2022.

First of all, let’s talk about the mixed tag team match between The Miz & Maryse and Edge & Beth Phoenix. The rivalry between the two couples has been going on for about 3 weeks and during this time Edge and Beth Phoenix have got the upper hand. Although The Miz is also a good wrestler, we don’t think he will be on top at the Royal Rumble .

Prediction of this match is easy but the way Doudrop has done & surprised all the fans by winning the Triple Threat match for no.1 Contender. Similarly, in the last few weeks, there has been an improvement in his mic skills and in-ring performance.

But defeating The Man Becky Lynch would not be easy at all for Doudrop and possibly Becky’s title reign could last until Wrestlemania.

The names of 22 Wrestlers have been officially announced for this match, including many of Wave’s old era womens like Bella Twins, Summer Ray, Apart from this, the name of former Wave Superstar and current Impact Wrestling Knockout Champion Micky James is also included.

If seen from the confirmed participants, Bianca Beller can create history by winning this match for the second time in a row. While Bailey also has a good chance of winning this match, Former Women’s Champion Asuka can also enter this match. But Ronda Rousey’s entry in this match has also been claimed in many media reports, so she can also get big booking in this match & she can win this Rumble match and possibly end Becky Lynch’ title reign at WrestleMania

So far, WWE has announced 21 names, almost all of the Wrestlers on the current roster. In these there is no name of current WWE Champion Brock Lesnar and Universal Champion Roman Reigns, as well as Seth Rollins and Bobby Lashley.

This match may happen in the Royal Rumble 2022 main event this year, if we talk about the current confirmed Names, then former WWE Champion Big E can win this match, apart from this, Styles or Omos also have good chances of winning this match but ,in this match we will get to see a lot of twists like entry of someone from Forbidden Doors like Jon Moxley was referenced by Seth Rollins last week, apart from this Coddy Rhodes or Brian Danielson can also take entry in the match.

Who ya got? #RoyalRumble pic.twitter.com/pyWV08IkYp

But AEW and WWE are the biggest rivals in the Wrestling World right now, so there is a less of possibility of AEW Wrestlers to appear in this match, so Impact Champion Moose can be seen as a surprise enterant in this match, let’s talk about this match.

The loser of that Bobby Lashley vs Brock and Roman Reigns vs Seth Rollins match can be the only superstar to win this match and out of these four superstars, Brock Lesnar has the most chances to win the Rumble match.

Because the next premium live event of WWE is Elimination Chamber which will take place on 19th Feb in Saudi Arabia which is quite a big event for WWE from the point of view of business and Brock Lesnar has not been advertised for it so we can guess that The Beast might lose his title against Bobby Lashley and he won the Rumble match and stunned everyone.

As we discussed about this match above in Men’s Rumble match, even though the Beast looks very confident against All Mighty, but for the match we all were waiting for last several years, in that match, Lesnar can lose his title against Bobby Lashley.

The Royal Rumble is likely to have a scintillating match between The Shield’s old teammates. Roman Reigns has just broken Brock Lesnar’s record for the longest reign of Universal Champion, and it won’t be easy for Seth Rollins to get victory over Tribal Chief.

Rollins’ track record in singles championship matches against Roman has always been good.
And in this match, the Usos were also barred from ringside, which becomes the reason for the victory of Roman Reigns in most of the matches, so Rollins has a lot of chances to win this match but still we don’t feel that the head of the table will lose the title.

Now is not the right time and he will win by any means & defeat his old teammate to defend his title successfully.