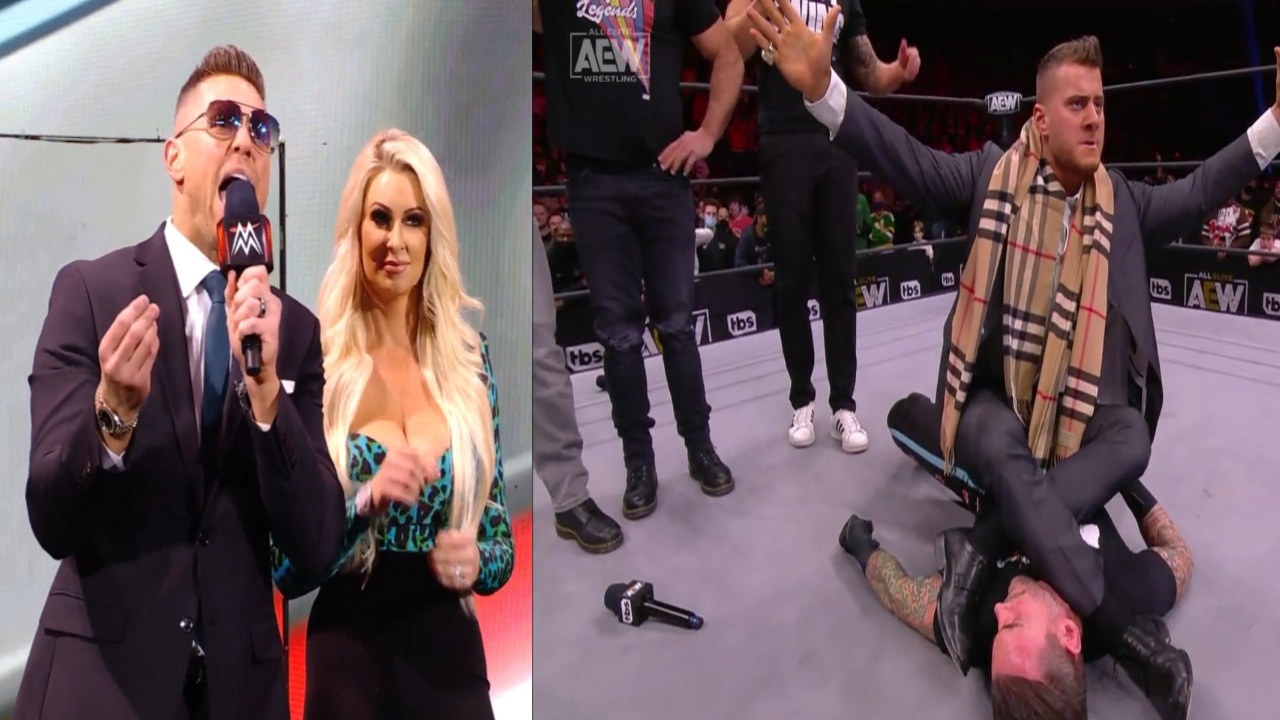 The Miz responds to comparisons with MJF The Miz and MJF were compared in the famous CM Punk segment on AEW Dynamite on November 24, 2021 . MJF also replied on The Miz’ respond.

The Miz will be present at WWE Royal Rumble 2022 in an intergender couples fight. MJF vs CM Punk also officially announced for Next Week’s Dynamite.

In the world of wrestling, comparisons between the superstars The Miz from WWE and MJF from All Elite Wrestling are becoming more frequent every day.

Recently, the former champion of Vince McMahon’s company referred to the subject on The Ringer Wrestling podcast and assured that MJF is doing a great job making a name for himself and added that all fighters borrow details from others.

Honestly, he’s doing a great job at it, he’s 25 years old. When I was that age, I was still developing in Deep South Wrestling and still learning the trade.

He wasn’t included in matches on national television and putting together memorable segments that people talk about. I wasn’t doing that. It is to applaud him”.

“Miz is one of the greatest professional wrestlers of all time.I look forward to possibly meeting up with him down the road…..

Miz is one of the greatest professional wrestlers of all time.

I look forward to possibly meeting up with him down the road….. https://t.co/b5nuqZJUHl

This comparison has been frequent among fans, but it especially came to light in the famous crossover segments between CM Punk and MJF on AEW Dynamite. Surely it will continue because of the similarities in their characters and perhaps in the future we will see that their paths cross.