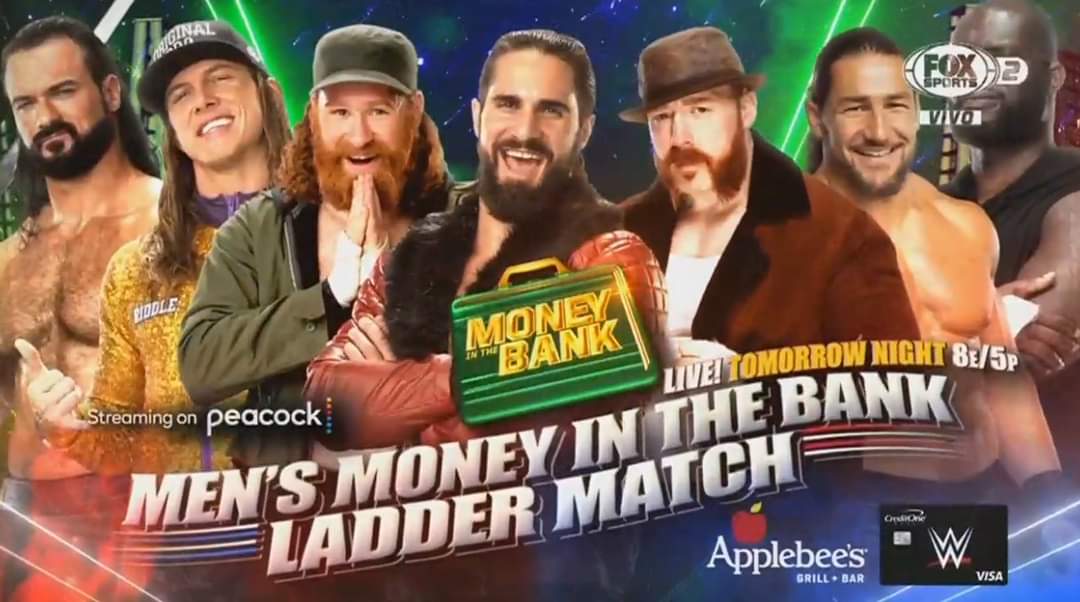 WWE Money in The Bank is WWE’s next Premium Live Event is less than 12 hours away. It will take place this Saturday, July 2, and the bookmakers are beginning to point out the favorites of the confirmed matches.

The BetOnline portal has presented the first figures, where we can see how Seth Rollins and Becky Lynch, protagonists of the new promotional poster, are the two favorites. Here are updated Betting Odds for Money in the bank 2022.

Who will leave #MITB as the #SmackDown Women's Champion? pic.twitter.com/CgBrInXjUt

Can @_Theory1 continue his run as #USChampion? Or will the reign of the All Mighty @fightbobby be upon us once again?

We find out tomorrow night at #MITB! #SmackDown pic.twitter.com/uz2NTfO98h

Unified Tag Team Championship match The Usos (-650) vs. Street Profits (+350) The Bloodline will again on the top according to Betting Odds.

Who you rolling with? #SmackDown pic.twitter.com/uhU2fYbvmg

A match that could steal the show.

Who you rooting for tomorrow night at #MITB? pic.twitter.com/MFeHPgUNWy

Men’s Money in the Bank match

THE MATCH IS OFFICIAL!

Drop your predictions below. #MITB pic.twitter.com/GBMzPjZenS

According to another portal unibet, Seth Rollins will successfully cash-in his Money in the bank contract & will become new champion.