Hello Guys Welcome to the wrestling unseen in this article we will discuss tonight’s raw highlights, results, new stories etc.  As we all saw wwe was hyping tonight’s raw edition so much mostly the match between drew mcintyre & keith lee. In Last raw drew mcintyre send Randy Orton into the hospital with three claymore kicks. At Starting on today’s raw drew mcintyre came and talked about last raw. Drew Mcintyre demanded that wwe title match at clash of champion should be an ambulance match. Then Adam appeared and told that randy orton may not be able to fight with you at wwe’s next ppv. Then Pearce talked about keth lee’s tonight match with mcintyre and said if lee defeat  rew today then randy orton will be replaced by keith lee at wwe clash of champion 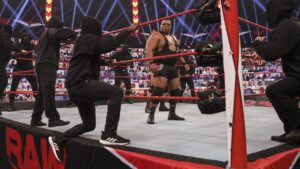 Next Match was Cedric Alexander vs Ricochet in the begining of match ricochet dominated cedric but at the cedric alexander hit the michinoku driver and win the match.

Next match was asuka vs mickie james for raw women’s title this match was a quite good match where james showed her aggresion on asuka and try to pin champion twice  the result of this match was shocking it has finished with DNF. 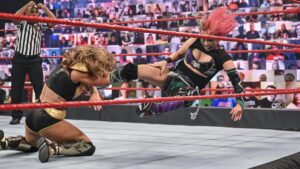 NEXT Match was bobby lashley vs erik it was a third class match on raw we don’t understand what’s going wrong with bobby lashley and wwe his booking is not good bobby def. easily erik.

Next match was between dominik mysterio vs seth rollins a steel cage match before this match rey mysterio was backstage this was really a good match where dominik impressed all with his skills but at the end rollins stomp on dominik and win this match. After the match seth rollins destroyed murphy . 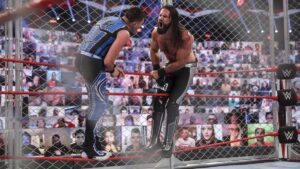 next match was kevin owens vs aleister black this was also a good match where owens hit a stunner on black and win the match. 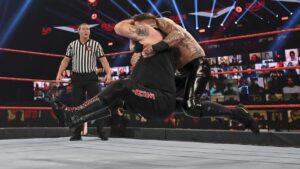 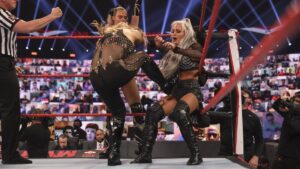 The main event of today’s show was a match between drew mcintyre and keith lee , in this match lee tried to dominate champion but soon drew take down the lee retribution interpted the match and this was end with no result.