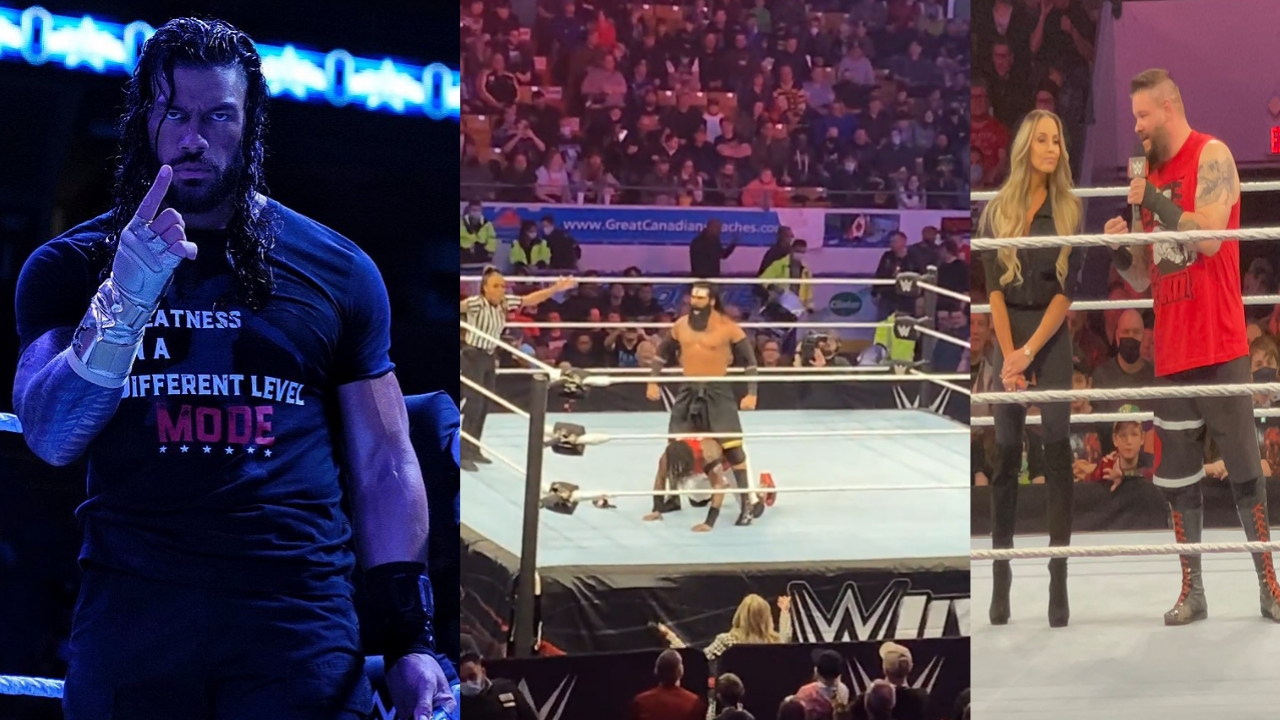 A few hours ago WWE held two mega live events on Kitchener & State College both events were full of action where most of wrestlers performed from both brand in this article we will talk about results from those WWE Live Events held on March 26, 2022

First we will discuss about Raw results WWE held a new house show from the Memorial Auditorium in Kitchener, Ontario in Canada. The company celebrated six matches starring RAW Superstars in a new Road to WrestleMania 2022 event.

Kevin Owens performed the opening segment ‘KO Show’ with the member of the WWE Hall Of Fame Trish Stratus. The segment is interrupted by Alpha Academy.Chad Gable and Otis attack Kevin Owens, Seth Rollins enters the scene to defend him.

Street Profits vs Owens and Rollins vs Alpha Academy opens up #WWEKitchener pic.twitter.com/FS3Ap5fK2C

Omos defeated R-Truth. Before the match R-Thruth was attacked by Veer.

A few hours ago, WWE held a new house show from the Memorial Auditorium in State College, PA. The company celebrated seven matches starring Smackdown Superstars in a new Road to WrestleMania 2022 event. Here are the most notable results.