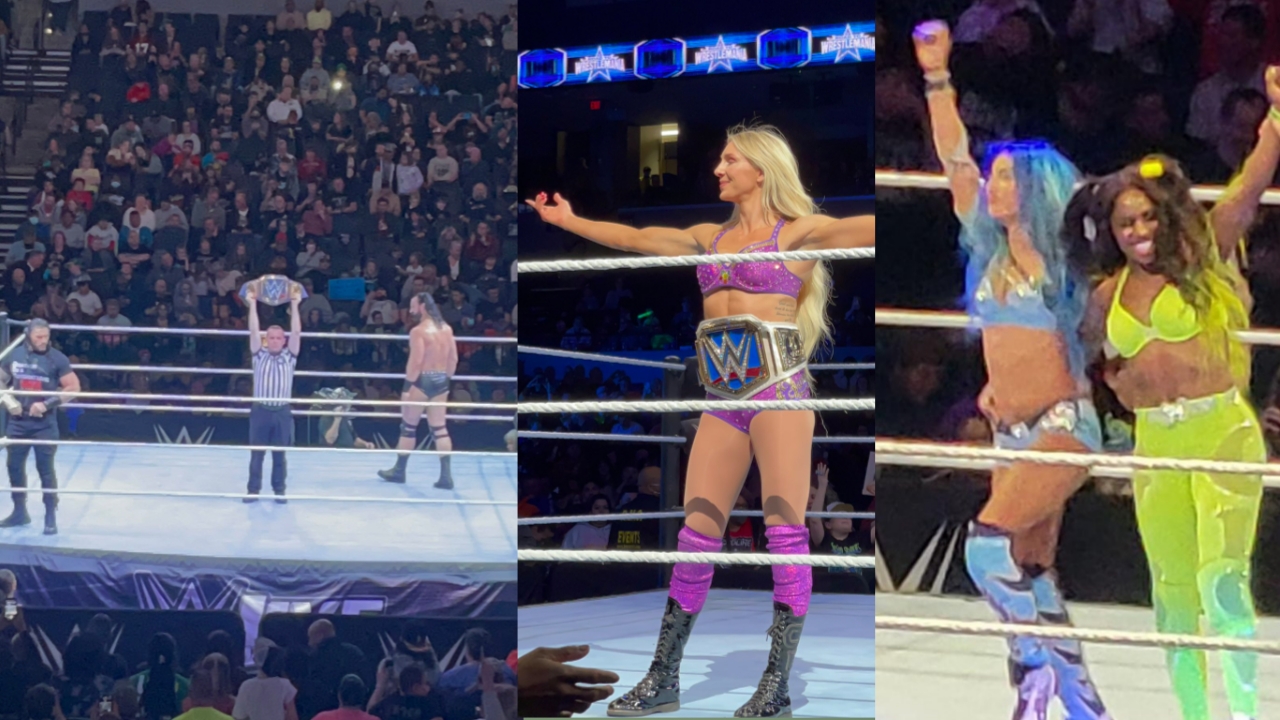 WWE held a new non-televised show last night in Charlottesville, Virginia, one of the last two before WrestleMania. The SmackDown roster delighted local fans with a new show that featured a main event match between Roman Reigns and Drew McIntyre.

In this news we will provide the quick results of the show and some images.

Charlotte vs. Natalia vs. Sasha Banks ended in a no-contest after Shayna Baszler and Naomi intervened. That led to another fight.

The Usos defeated Sheamus and Ridge Holland, Happy Corbin and Madcap Moss, and Shinsuke Nakamura and Rick Boogs in a tag team match.