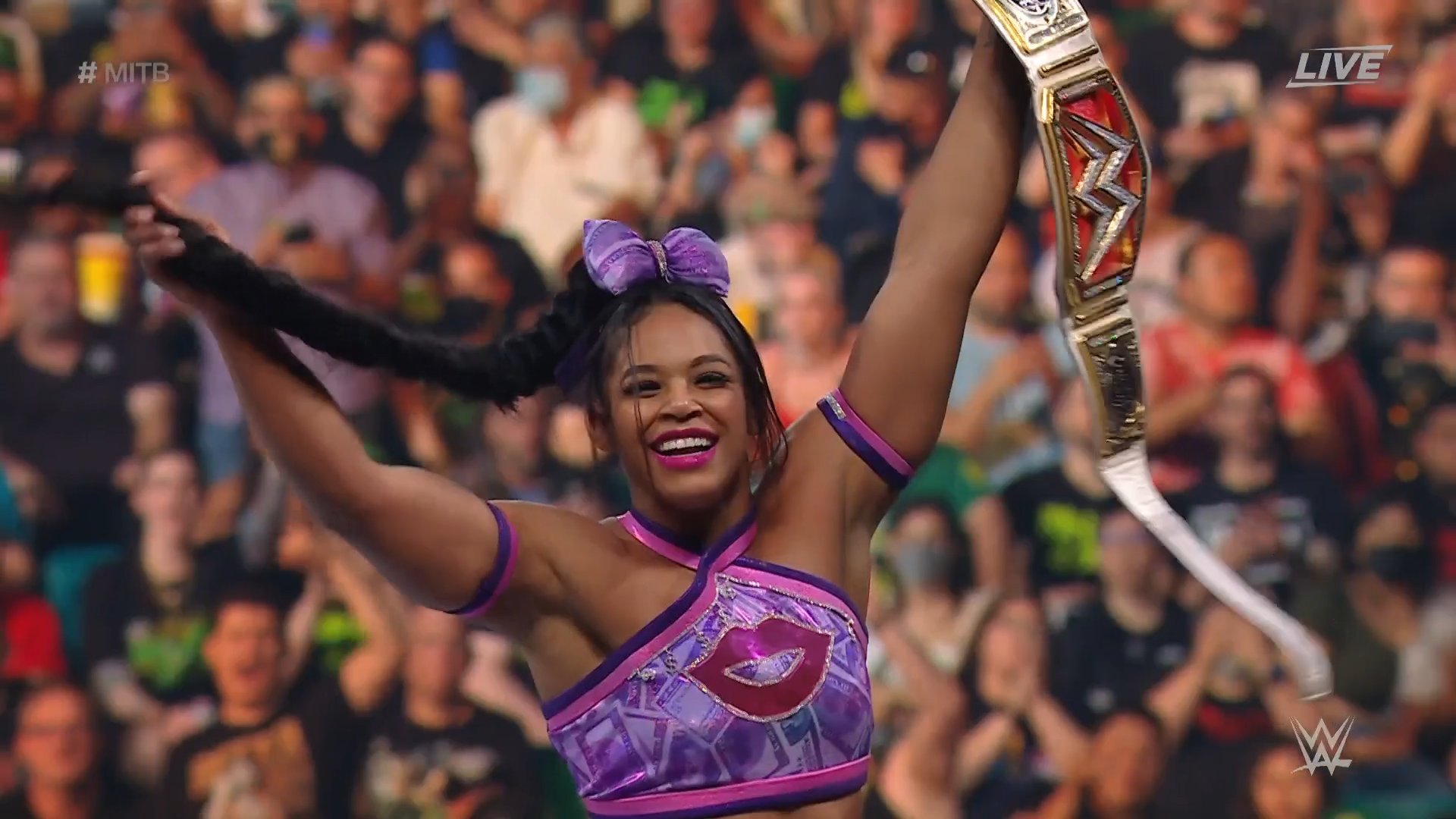 Bianca Belair will put the title on the line against Carmella on WWE Raw. Bianca Belair and Carmella will meet for the second week in a row on WWE Monday Night Raw.

WWE has confirmed, through an official press release published on its website, that Bianca Belair will once again put the Raw Women’s Championship on the line against Carmella in the next episode of the weekly red brand show that will take place next Monday, July 18 at the Amalie Arena in Tampa, Florida.

On the last episode of Monday Night Raw, Carmella defeated Bianca Belair by disqualification. This happened when The EST of WWE got distracted at ringside with Becky Lynch, who made an appearance to demand a new starting opportunity.

The referee made the count of 10 and Carmella was declared the winner. However, once the match was over, Carmella received the Kiss of Death from the champion.

In addition to this fight, for the Monday Night Raw show the appearance of Logan Paul has been confirmed, who is scheduled to address The Miz and possibly confirm his fight at SummerSlam.

Logan Paul will respond to The Miz