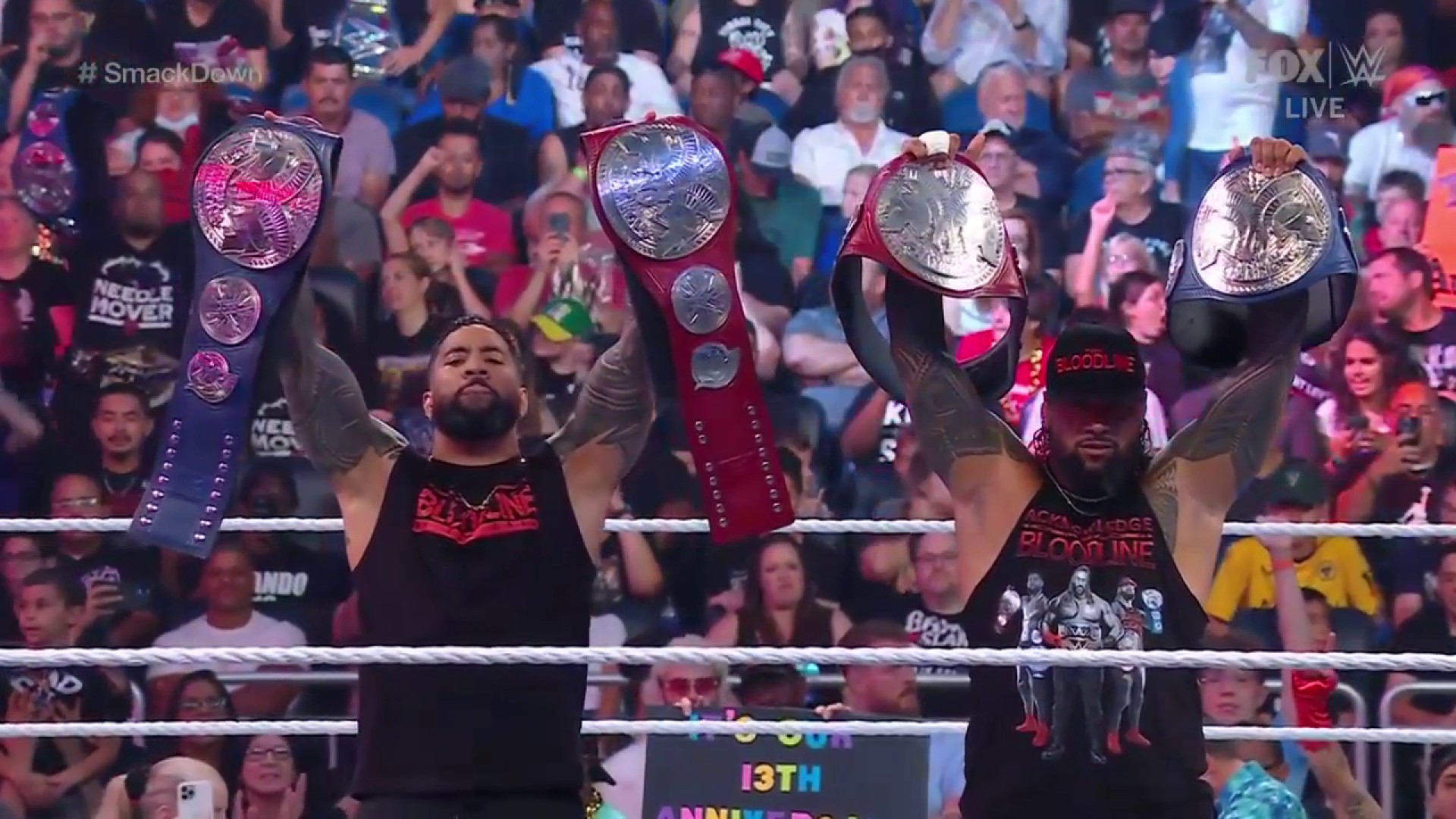 After the main event of Friday Night SmackDown, Jeff Jarrett was announced as the Special Guest Referee for the match between The Usos and Street Profits for the WWE Unified Tag Team Championship. Double J is also the company’s Vice President of Live Events.

.@RealJeffJarrett has just been announced as the special guest referee for when The #StreetProfits take on @WWEUsos at #SummerSlam!

When the match between Angelo Dawkins and Jimmy Uso was over, the Street Profits had the advantage for a clear victory, but Jey Uso knocked out the referee to prevent him from counting three. Jimmy tried to drop Angelo with a Superkick, but Dawkins Powerbombed him for the win.

Faced with so many doubts with the referee, Adam Pearce came out on stage with the fight over and revealed who will be the Special Guest Referee: Jeff Jarrett. The WWE Vice President of Live Events will have his return to television since May, when he accompanied Shinsuke Nakamura and Rick Boogs.

And the Special Guest Referee at #SummerSlam is? @RealJeffJarrett! pic.twitter.com/upgxsI8BEm

Now, Choke on that Slapnutz!

See you at #SummerSlam !

Now, Choke on that Slapnutz!

Double J has not had action in WWE, inside a ring, since his participation in the Royal Rumble match at the WWE Royal Rumble 2019 event, when he entered in second place and was the first eliminated from the fight at the hands of Elias