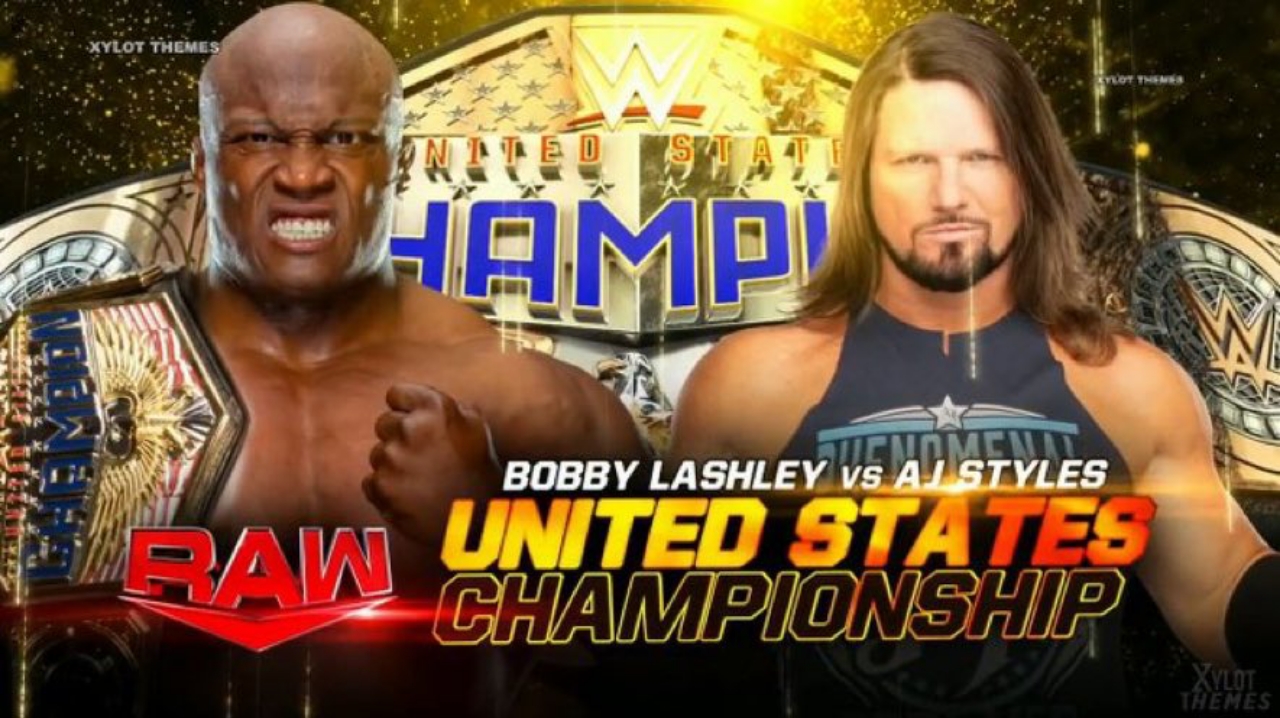 WWE has confirmed, through an official note published on its website, that Bobby Lashley will put the United States Championship at stake next Monday against AJ Styles at the Monday Night Raw event that will take place at the Capital One Arena in Washington, DC.

“True to his word, The All Mighty is a fighting champion, and he will look to defend his United States Title in a momentous showdown with AJ Styles,” WWE wrote in its press release. Three-time United States Champion Bobby Lashley has already thrilled the WWE Universe with unmissable title defenses against Theory and Ciampa, but now he faces one of his biggest challenges as he battles The Phenomenal One for the first time. “.H/T WWE

The #USTitle is on the line when @fightbobby faces @AJStylesOrg for the FIRST TIME EVER!

AJ Styles and Bobby Lashley have shared a ring on 15 occasions, but have never met in a heads up. The Phenomenal One already has experience with the United States Championship, a title that he has held three times, the same as Lashley. The All Mighty currently has a reign of 42 days after winning the strap at Money in the Bank.

Here is the updated match card of the next Monday Night Raw show August 15, 2022.

Alexa Bliss and Asuka vs. Nikki A.S.H. and Doudrop

Riddle will make his return to address Seth Rollins.