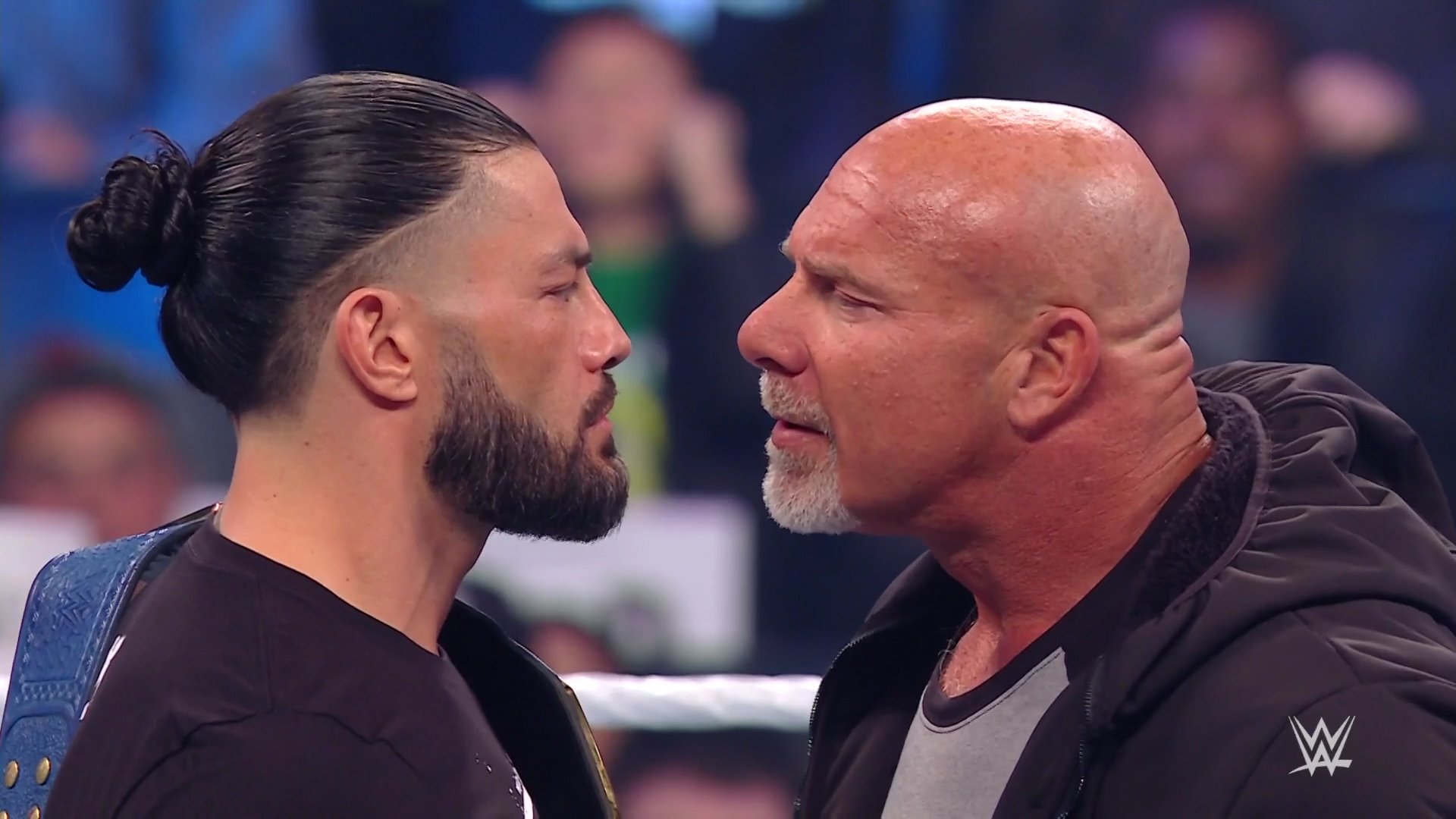 WWE will record two events, this week’s live and next week’s that will be delayed on FOX due to the roster’s trip to Saudi Arabia for Elimination Chamber. Not many details have been given about what Goldberg’s role will be tonight on SmackDown, but everything indicates that he will have a new confrontation with Roman Reigns to warm up his fight for the WWE Universal Championship in Elimination Chamber.

The question is whether Goldberg will appear in the first program, in the second or in both. There has been a lot of talk about Goldberg’s future in WWE in recent days. By contract, this will be his last fight.

After beating Bobby Lashley at Crown Jewel, it was reported that Goldberg only had one match left on his contract, information which he later confirmed himself.

In recent days there has been speculation about a possible contract extension, but everything indicates that it is quite unlikely that Goldberg will fight again, so we would be facing the last fight of his career, unless Vince McMahon offers him an extension until WrestleMania .

Goldberg will go through the operating room

It should be remembered that Goldberg indicated in December, in an interview for The Pat McAfee Show, that he has to undergo surgery to repair a shoulder injury that he has been dealing with for several years.

Goldberg revealed that he was waiting for a new call from Vince McMahon and that, later, he would have surgery.

“I felt pretty good (in the fight against Bobby Lashley). I’m not going to tell you in every interview I give on radio or television that my shoulder has been destroyed for the last three, five, eight years. I need to go under the knife. I’m going to have surgery when I finish my career. If Vince (McMahon) calls me tomorrow morning and says ‘Goldberg, we need you in a month’… What am I supposed to do if I go under the knife? I’ll do it whenever the moment”, were his words.