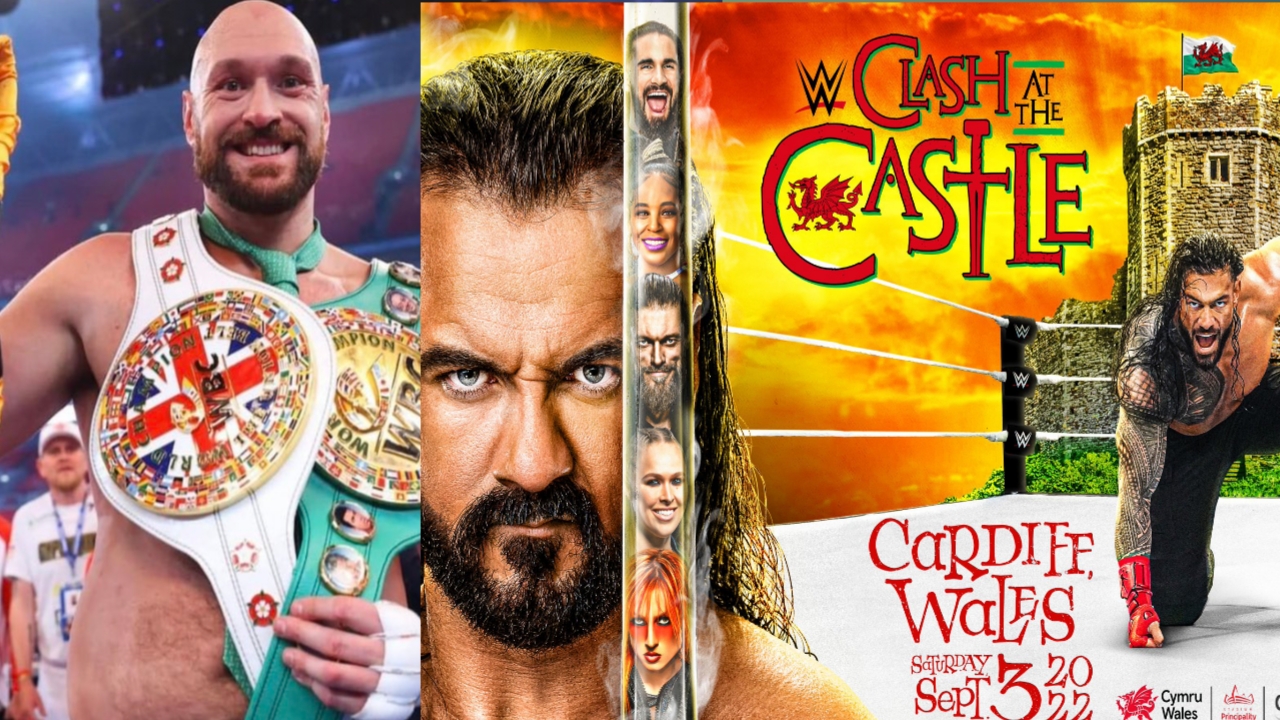 WWE would be in talks with Tyson Fury.  Fury could be part of the Clash at the Castle celebration in Cardiff, Wales

We are a couple of months away from Clash at the Castle, the Premium Live Event that WWE will hold at the Principality Stadium in Cardiff, Wales.

This show will be the company’s first to take place within the UK since 2003, and has been anticipated as a major event on par with WWE’s so-called “big four.”

In the U.S. or United Kingdom?

Don't miss out on your LAST CHANCE to enter to win 2️⃣ tickets to WWE Clash at the Castle at @principalitysta in Cardiff, Wales on Saturday, Sept. 3! #WWECastle @visitwales

One of the names that would be considered for a star appearance at the event would be Tyson Fury. The undefeated multi-champion boxer has already expressed his desire to work with WWE again following his infamous match against Braun Strowman in 2019.

However, it wasn’t until recently that the two sides began negotiating appearances on WWE programming. .

The GiveMeSport news portal assured that the boxer began talks with the wrestling company for a potential return before the end of the American summer.

Although there is still nothing closed between the two parties, everything indicates that the return of Tyson Fury could coincide with Clash at the Castle on September 3.

The undefeated boxer getting involved with Clash at the Castle, WWE's first major UK PPV since 1992, seems likely 👌

The boxer may commit to make an appearance in this show, although it is not yet clear if it will be his return to the wrestling ring or just a simple cameo.

Tyson Fury has confirmed in the past his intentions to work with WWE during the American summer of 2022. One of his possible opponents could be Drew McIntyre, with whom he has had several verbal exchanges in recent months.

If this is the main event of Clash at The Castle, who would win? 🤔

However, rumors of McIntyre facing Roman Reigns for the Unified Universal Championship are known. This idea would leave Fury’s possible rival in the air within a hypothetical appearance at the Welsh event.

1 thought on “Tyson Fury is in talks with WWE, for Clash at the Castle match”