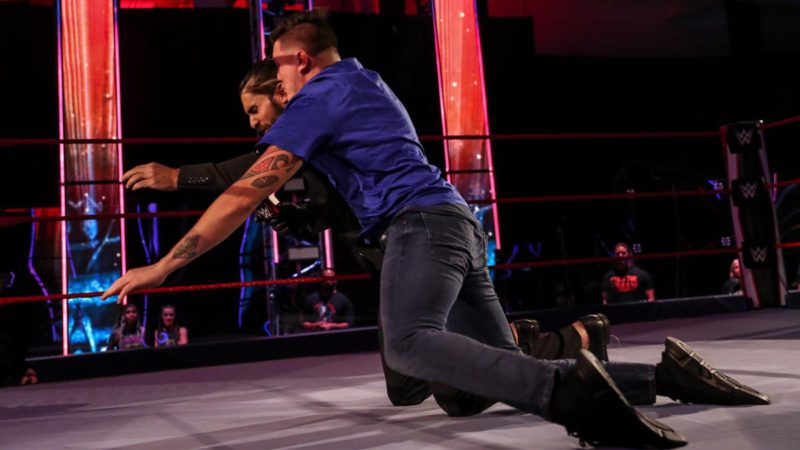 WWE Biggest ppv Summer Slam 2020 is one week far from Us.Most Of The Matches Had Been Announced fans are eagerly waiting for this ppv.In Yesterday’s WWE Raw Show Seth Rollins vs Reymysterio’s Son Dominic match announced for summerslam 2020.

Now this battle is going to more intersting because in a recent wwe’s official social media post that this battle now be street fight.https://www.instagram.com/p/CD6nyrBlQaS/

we are seeing since begining of the year 2020 Seth Rollins has been became a most vicious heels in recent time we could remeber other then him.The War was started from the horror show extreame rules 2020 where seth rollins blinded Reymysterio in an eye for an eye match.now it’s time to revenge for Dominik.

As We Know Dominik has a few experience in wwe that why we are seeing that seth rollins dominated him several times in raw’s shows with number game.Dominik Realized it that he wouldn’t win or fight with rollins by a fair game so now he is entering with a stick & try to put down rollins & murphy.

Last week on Raw at the time of contract signing seth rollins challanged dominik for a no hold barred match at summerslam where weapons are allow, Dominik had excepted this challange and now wwe officially announced this battle as a street fight match.

What do you think who wll get advantage from this stipulation feel free to comment.