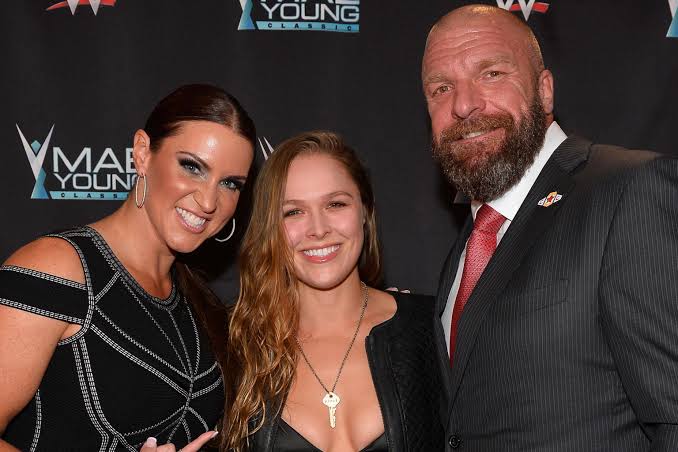 Ronda Rousey & Ronda Rousey has been out of the ring for almost three years. Despite the rumors that placed her return at WrestleMania 37 to face Becky Lynch, ‘Rowdy’ did not appear and, just a few days later, announced her pregnancy.

WWE Head of Branding Stephanie McMahon was recently interviewed on the Adam’s Apple podcast. Among other things, he spoke about the company’s current relationship with Rousey. The most prominent statements below, transcript courtesy of Ringside News.

“There is no official update on her return, but the doors are always open for her … As long as she stays away from me!” Were her words. Stephanie McMahon has already expressed her desire for Rousey to appear again in WWE in the past. “When she does (start a family), you know, our doors are open and we will welcome her with open arms. We trust that Ronda will return home to WWE,” she declared in January of this year.

Precisely, the former UFC champion Ronda Rousey recently spoke on Facebook Live about her current relationship with WWE. “I keep in touch with Stephanie McMahon because she’s nice and we send each other baby pictures,” she revealed. However, when asked by a fan about a potential return to the ring, Rousey threw balls out and didn’t want to give too much information. “I don’t know. When I feel like it. I can only say that it will be when I feel like it,” were his words.