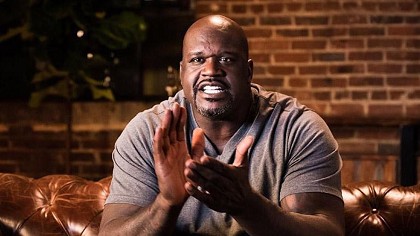 Shaquille O’Neal guarantees that he will be victorious in his match in AEW Dynamite On the upcoming AEW Dynamite show, Cody Rhodes and Red Velvet will face Shaq and Jade Cargill in a mixed tag team match. Shaquille O’Neal to return to the ring for the first time since WrestleMania 32 in 2016.

Shaquille O’Neal was recently interviewed by the Chicago Sun Times, where he guaranteed that he will win on his return to the ring at AEW Dynamite this Wednesday. Shaquille will team up with Jade Cargill to face Cody Rhodes and Red Veltet.

“Guaranteed to win that match. I’m the type of person who never backs down from a challenge and gives everything to overcome it. Obviously, I’m not a professional fighter, but I’ve been in a match before. I have a lot of moves in my arsenal, and when I put them into practice, I’m going to impress a lot of people, “said Shaquille O’Neal.

During the AEW Dynamite Awards show on B / R Live, Shaquille O’Neal openly challenged Cody Rhodes to a match sometime in March. “The American Nightmare” accepted the challenge on an episode of Dynamite and Arn Anderson introduced Red Velvet as his teammate, as she had unfinished business with Jade Cargill.

Therefore, this meeting will be Shaquille O’Neal’s second official match in the ring, being the first and only one at WrestleMania 32 in 2016, where he participated in the Andre The Giant Memorial Battle Royal.