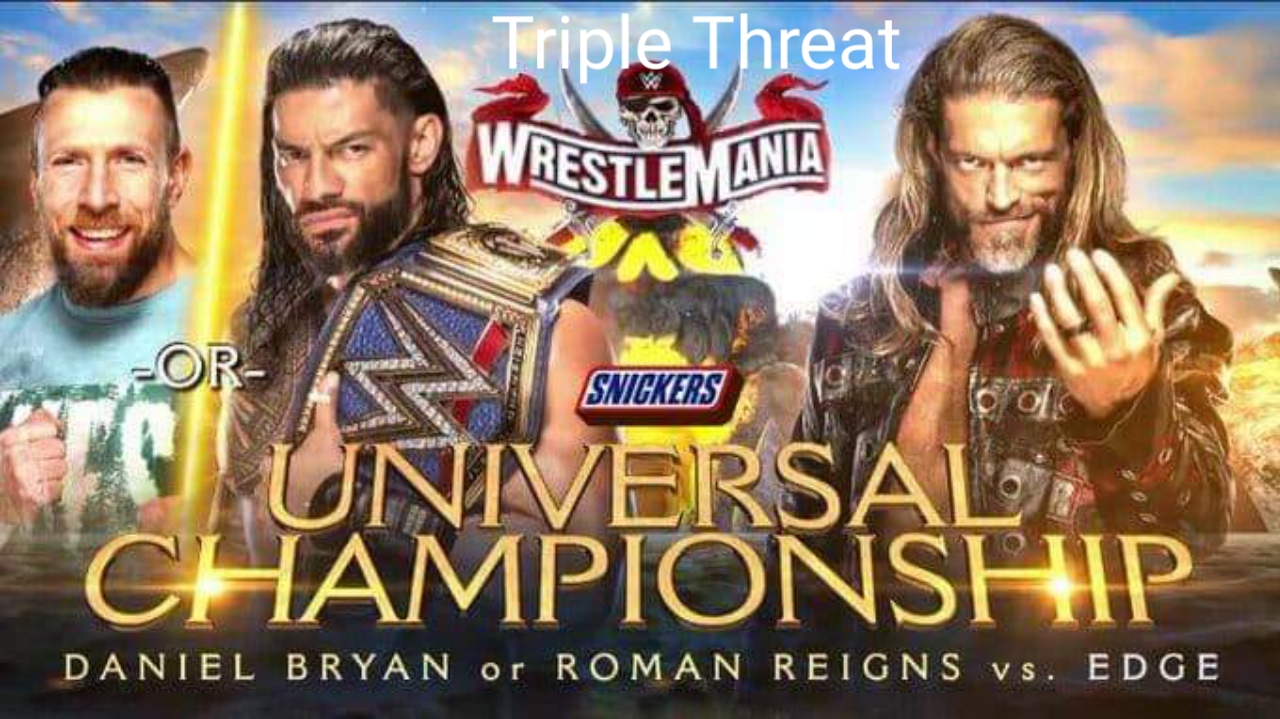 Roman Reigns retained the WWE Universal Championship at Fastlane. His victory leads him straight to WrestleMania 37, where he will defend the title against Edge. However, the plan to face both opponents in a singles match could have changed in recent weeks.

Despite the victory, Roman Reigns had to wait for the umpteenth intervention of Jey Uso to attack Edge at a critical moment, when Edge performed the role of referee due to the dismissal of the official referee and The Tribal Chief was about to lose the fight by surrender. Daniel Bryan got rid of Jey Uso and subjected Roman Reigns to the Yes Lock. Reigns surrendered at the time, but there was no referee to decree Bryan’s victory. Edge decided to take a chair and hit both fighters to later leave the place. Roman Reigns took advantage of that moment to attack Daniel Bryan with the Spear and take the victory.

In Fastlane’s notes, we deduced that this event could lead to a change in the WrestleMania 37 card. Bryan Alvarez, from Wrestling Observer, indicated that they would expand the information on his radio program, where the plan to face Edge, Roman was confirmed Reigns and Daniel Bryan in a triple threat. Bryan Rose, reported on the Wrestling Observer portal that the end of Fastlane was made to set up a triple threat in the great event.

A triple threat planned since February Sean Ross Sapp, a journalist for Fightful, has reported in the last hours that the triple threat plan had been decided since the end of February, after Bryan and Reigns met in Elimination Chamber. “Wrestling Observer had reported that Daniel Bryan is scheduled to be included in the WrestleMania Universal title match with Edge and Roman Reigns. Fightful has confirmed this report and notes that this was the creative plan from at least the last week of February” Sapp mentioned.