Sasha Banks retains Women’s Championship on Friday Night SmackDown Sasha Banks fell by disqualification and received an attack from The Untouchable after the fight Both superstars will face each other again at TLC 2020. 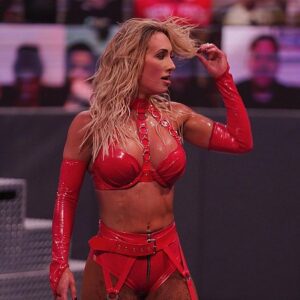 During the broadcasts of Friday Night SmackDown through FOX, the superstar Sasha Banks managed to retain the Women’s Championship by disqualification after losing to Carmella, in a meeting prior to the one they will have in WWE TLC 2020. The confrontation was the main event of the most recent day of the blue show, and it was agreed while both women signed the contract of their fight in the following pay-per-view. “The Untouchable” presented a slight change in their arsenal, dominating “The Legit Boss” several times with a more aggressive style and focused on the key. The champion was not controlled, and almost had the victory served with her Banks Statement.

However, an interruption from one of Carmella’s assistants sparked the fury of Sasha, who kicked her rival into a corner, disobeying the referee’s orders. After the bell rang, Carmella took the opportunity to turn what happened and smashed a bottle of champagne on Banks’s back, and then sprayed the contents on it. The commentator declared “The Untouchable” as the winner, and the latter celebrated that victory to close the episode. 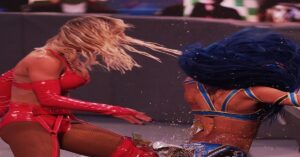 In this way, Sasha Banks retains the NXT Women’s Championship. “The Legit Boss” took the title 47 ago at the 2020 Hell in a Cell event. Sasha defeated Bayley in a match inside the steel cage during pay-per-view on October 25. The superstar not only won the SmackDown title for the first time in her career, but she also became a triple crown champion (adding her reigns in RAW and team), and a grand slam champion (adding her reign in NXT).

Sasha Banks and Carmella will still face off at WWE TLC 2020 It should be noted that, despite having carried out this match on SmackDown, Sasha Banks and Carmella still have a fight scheduled for the Women’s Championship in TLC. This meeting will take place on Sunday, December 20 from the Tropicana Field Center in Saint Petersburg, Florida, and can be seen through WWE Network, pay-per-view, or within the ThunderDome system.