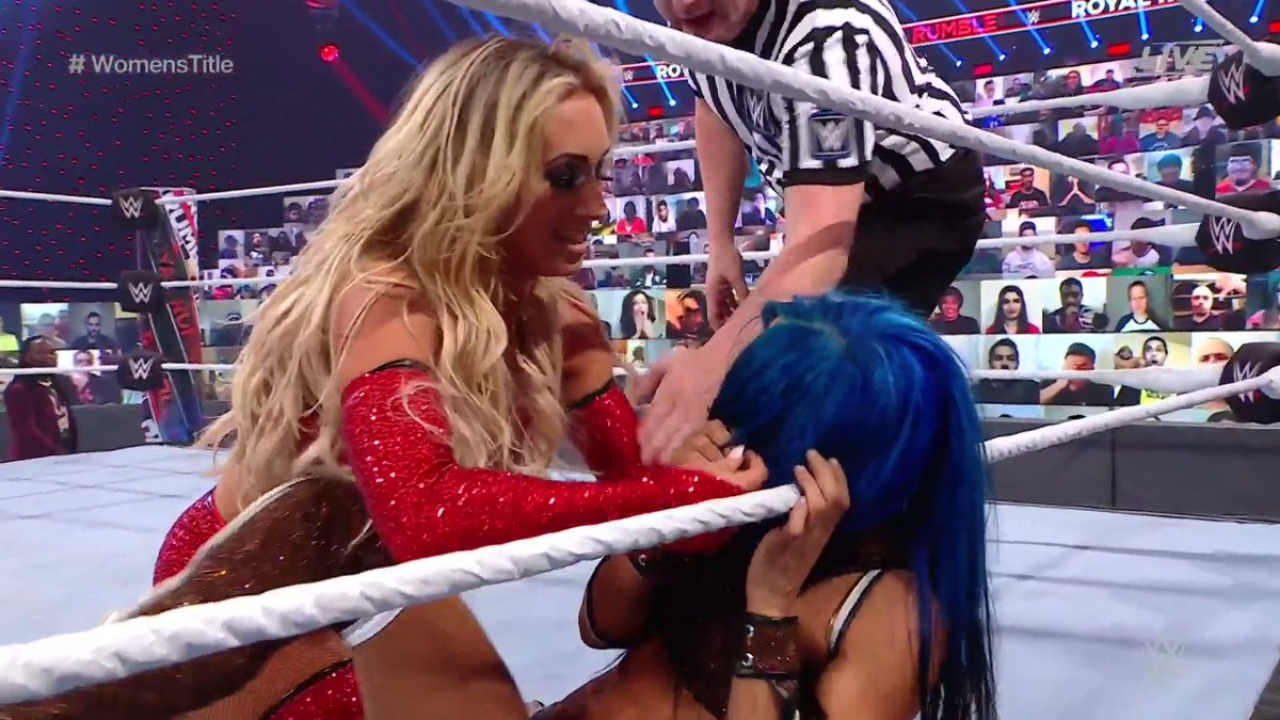 Sasha Banks retains the SmackDown Women’s Championship at WWE Royal Rumble 2021 The match took place during broadcasts of the event through WWE Network and via pay-per-view.

During the Royal Rumble 2021 broadcasts via WWE Network, SmackDown Women’s Champion Sasha Banks retained her championship after defeating Carmella in a hand-to-hand match. This was the company’s second pay-per-view matchday of the year. Where both fighters were very even.

In the final minutes of the fight, Reginald was expelled from the ringside zone despite Carmella’s attempts to make her rival surrender. Sasha Banks reversed the fight by performing the Bank Statement to make Carmella surrender.

Thus “The Legit Boss” continues his 98-day reign with the SmackDown Women’s Championship. Sasha won the belt at the Hell in a Cell 2020 event by defeating Bayley in a match inside the steel cage during the pay-per-view event on October 25.

Sasha Banks took it out on Reginald After defeating Carmella for the title at TLC 2020, Sasha Banks has been seen in multiple clashes with “The Untouchable” in the face of an anticipated rematch between the two women. Last week, “The Legit Boss” agreed to a new title match in exchange for entering the ring with his assistant Reginald. The latter was defeated by Banks and placed her in a good position for the defense announced a couple of days ago.