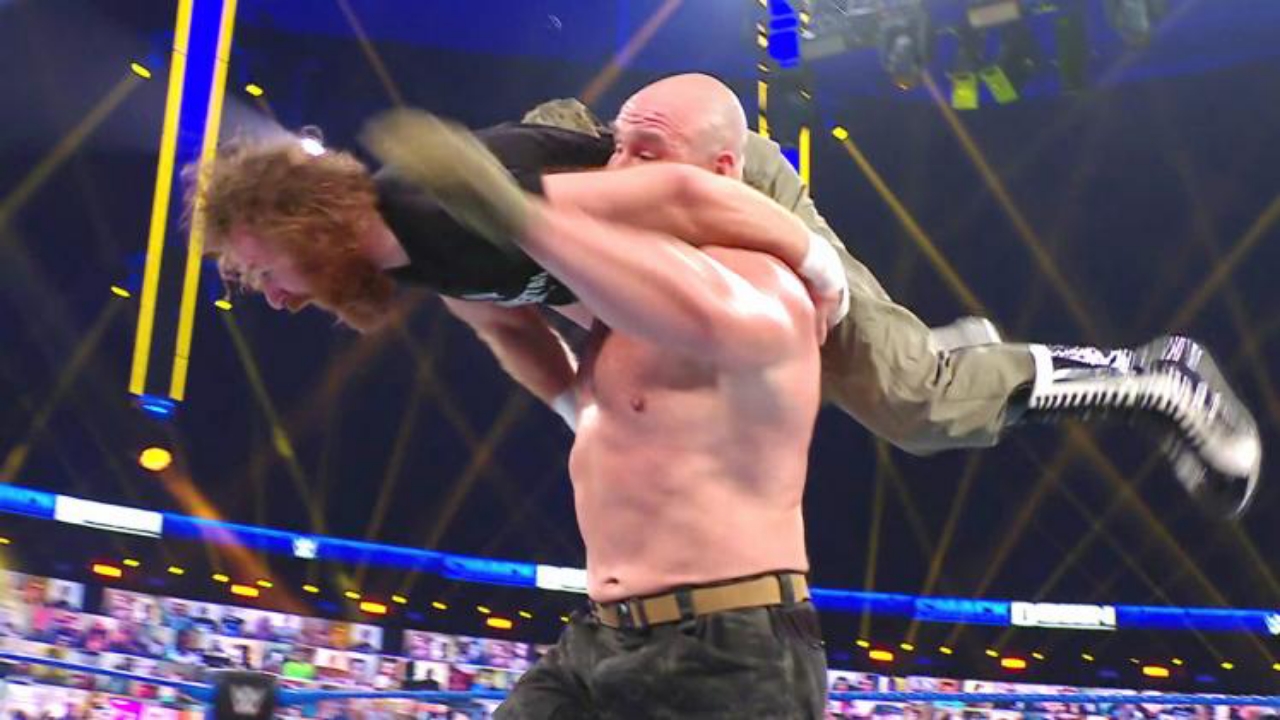 Braun Strowman returns to WWE programming on Friday Night SmackDown The Monster Among Men appeared on the show for the first time since its suspension in November 2020. Strowman looks like a possible participation in the male battle royal.

A MONSTER is among us. @BraunStrowman is BACK! #SmackDown pic.twitter.com/g17YPryTbV

During the Friday Night Smackdown broadcasts via FOX, superstar Braun Strowman returned to WWE programming since his suspension in late November 2020.

In a chaotic finale to the blue show a couple of days before Royal Rumble, we had a massive fight between Daniel Bryan, Otis, Shinsuke Nakamura, Big E and Sheamus against AJ Styles, Cesaro, Sami Zayn, The Miz and John Morrison.

The rough five were about to punish fan favorites, but a dominate Braun Strowman reappeared on the schedule to the surprise of those present.

This is Braun Strowman’s first appearance in WWE since his suspension on November 23, 2020. “The Monster” attacked Adam Pearce in the center of the ring and received a reprimand from WWE authorities. Outside of this storyline, it has been commented that Strowman chose to briefly exit the programming due to surgery that he had to carry out on his knee.

Braun Strowman could be announced for the Royal Rumble 2021 The final segment of Friday Night SmackDown saw Braun Strowman dominating over several candidates from the two main shows at the Royal Rumble 2021. This situation already suggests that the fighter could be confirmed in the next few hours for the men’s battle royal. The pay-per-view will be held on January 31 on WWE Network.