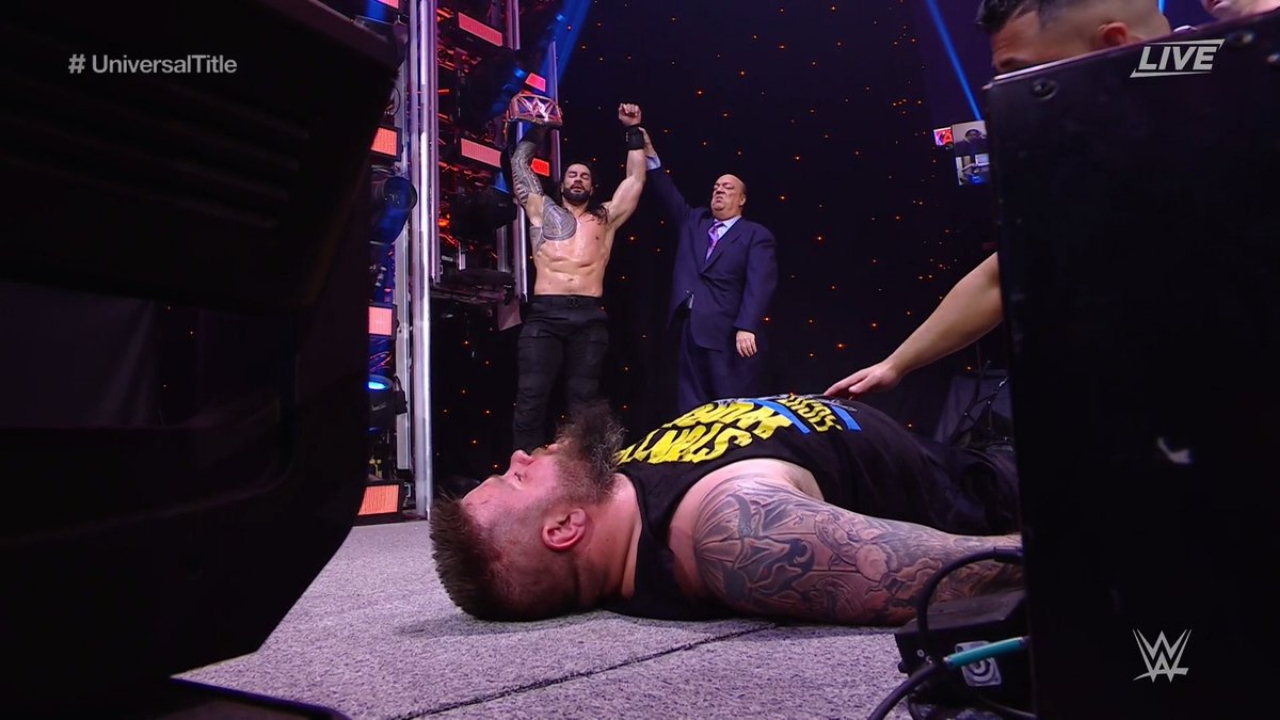 Roman Reigns retains WWE Universal Championship at Royal Rumble 2021 The match took place during broadcasts of the event through WWE Network and via pay-per-view.

During the Royal Rumble 2021 broadcasts via WWE Network, superstar Roman Reigns managed to retain the Universal Championship after defeating Kevin Owens in a Last Man Standing. This was the second to last match of the first pay-per-view day of the year at the company.

It didn’t take long for the two superstars to take the action into the stands of the ThunderDome, where Reigns managed to launch his rival against several tables on the floor. Owens got up and made his way to the backstage area, where “The Big Dog” ran over his rival with a production cart.

KO “dominated until he returned to the scene, where he received a Spear towards the entrance screens. After an exchange of attacks, Owens managed to handcuff his opponent in the network of lights. However, Reigns chose to throw the referee towards the barrier of steel to stop the count. Paul Heyman helped his protégé and allowed him to apply the Guillotine to finally put his opponent on the ground for the count of ten.

In this way, Roman Reigns retains the WWE Universal Championship. Recall that “The Big Dog” won the title 154 days ago at the Payback 2020 event. On that day of August 30, Reigns defeated Braun Strowman and “The Fiend” Bray Wyatt in a No Holds Barred match to obtain the championship for second time in his career.

Kevin Owens replaced Adam Pearce in the title match Originally, Adam Pearce was confirmed as the next opponent for “The Tribal Chief” after winning a Gauntlet Match for a shot at the universal title.

After signing the contract the following week, the general manager declared that he was not in the medical conditions required to compete in the event. Leveraging his authority at the company, Adam confirmed Kevin Owens as his replacement for pay-per-view.