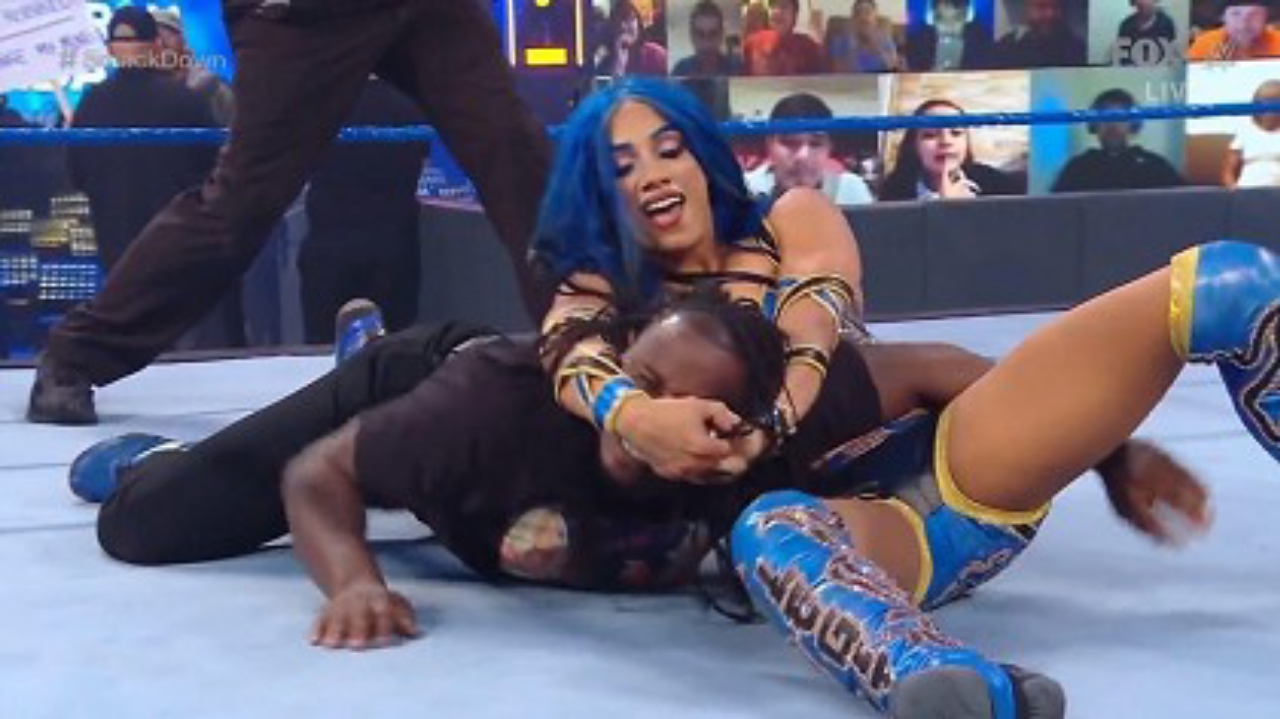 During the Friday Night SmackDown broadcasts via FOX, superstar Sasha Banks managed to defeat Reginald in the first intergender showdown in more than three years for WWE.

Carmella’s assistant surprised the virtual fans with her agility between the ropes, but “The Legit Boss” took all the offense. The match ended by surrender when Reginald received the Banks Statement in the center of the ring.

WWE does not usually present matches between two wrestlers of different genres in its current programming. As a curiosity for fans, the last time a man and a woman crossed paths in the ring was on November 17, 2017 on SmackDown.

On that day, Becky Lynch defeated James Ellsworth in a singles match. In a more recent and massive case, we had Nia Jax entering the men’s battle royal at Royal Rumble 2019.

The other major event marking this fight is becoming Reginald’s official debut on the main Roster. The former MMA fighter under the name Akeem Young signed a development contract with WWE in early 2020. His most prominent appearances in NXT were as Timothy Thatcher’s alumnus within the “Thatch-As Thatch-Can” segments.