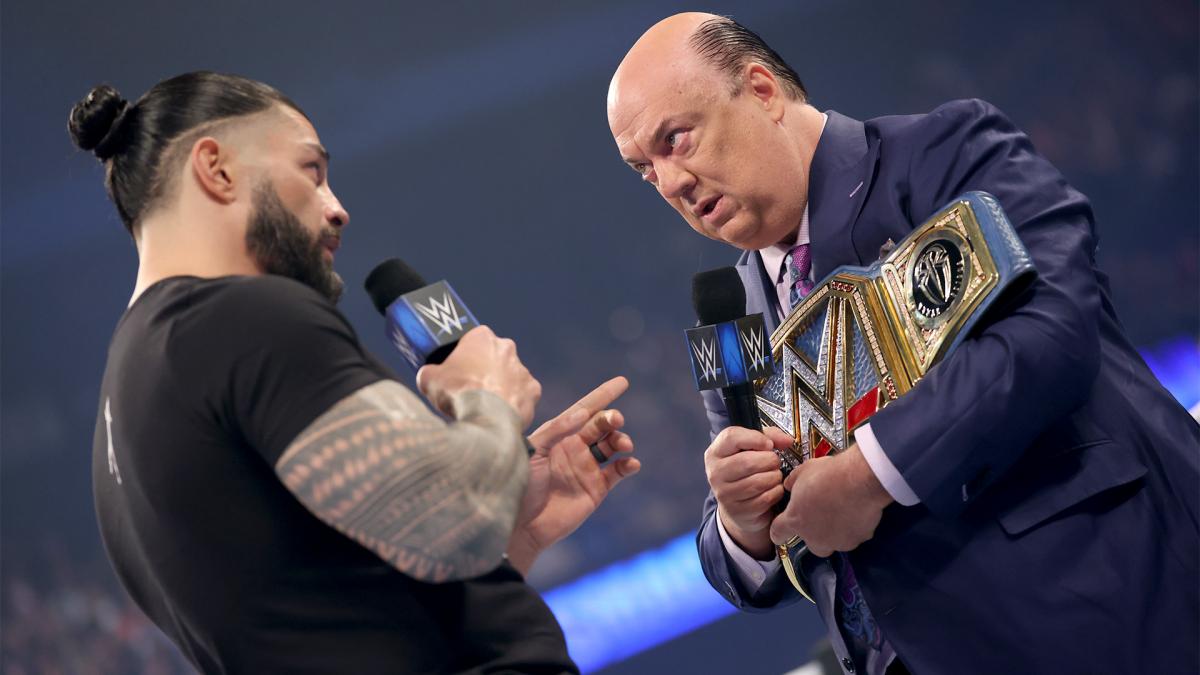 Roman Reigns will face the beast Brock Lesnar for the WWE Universal Championship at company’ first ever happening PPV Day 1. Many media reports & rumors suggesting that Reigns vs Lesnar feud is likely to continue till Biggest party of the year 2022 like WrestleMania 38.

There is a big gap between Day 1 & WrestleMania so Reigns will be facing a different opponent at the Royal Rumble 2022 as the initial plans for Lesnar vs Reigns Rumble match have been changed & now Roman Reigns will face former WWE champion Drew McIntyre.

Roman Reigns & Drew Mcintyre have history of good matches like WrestleMania 35 & Survivor Series 2020, The Scottish Warrior lost both of his single matches against Tribal Chief, currently Drew Mcintyre is feuding with Happy Corbin and Madcap Moss on SmackDown & McIntyre will face Madcap Moss at Day 1 which seems WWE didn’t gave enough opportunity to Former Champion for No.1 contender match in SmackDown & Day 1, following which he will move on to a program with The Head of the table & current universal champion Roman Reigns.

According to WrestlingNews.co in the house show schedule of WWE, Drew McIntyre will likely be next opponent of Roman Reigns’ after Reigns’ big clash with the beast at Day 1 & WWE is preparing Drew Mcintyre as no. 1 contender for Universal championship & we have to see once again a clash for this title between two of the biggest superstars of blue brand Reigns & Mcintyre.

”McIntyre is advertised to team with The New Day against The Bloodline at the house shows in January, which means that The New Day vs. The Usos feud will likely continue into the Royal Rumble pay-per-view and possibly beyond. Also, it looks like McIntyre vs. Reigns is the next big match.” H/T WrestlingNews.co

Is Brock Lesnar loosing at Day 1 ?

What’s it mean that Drew Mcintyre will facing Roman Reigns at Royal Rumble, it’s giving a big spoiler that once again Brock Lesnar will not be able to dethrone Roman Reigns from head of the table as Reigns already claims he is now a needle mover & many previously reported media news suggesting that Roman & The Beast Incarnate have a series of more than two matches.

”Since Reigns vs. Lesnar is scheduled to happen again at WrestleMania, that would indicate that McIntyre vs. Reigns is probably happening at the Royal Rumble and could also mean that Reigns will retain at WWE Day 1.” H/T to WrestlingNews.co