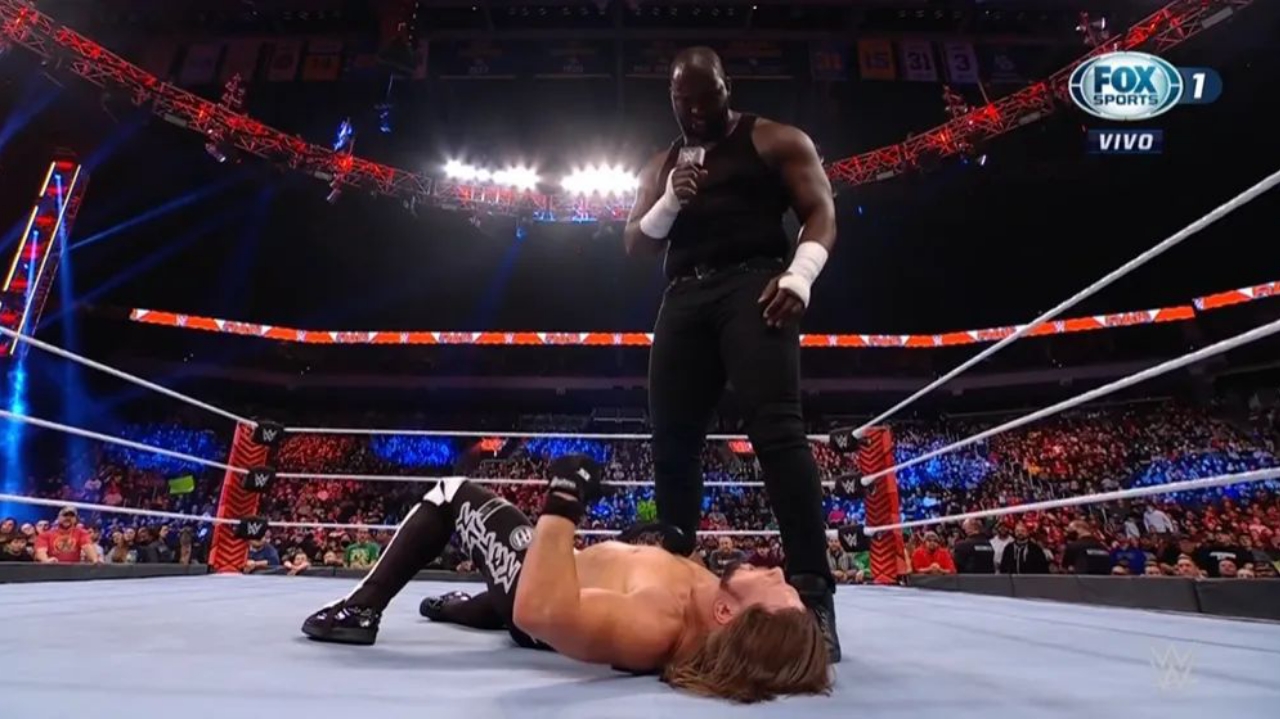 WWE Monday Night Raw results 20th December 2021 : It’s look like that famous tag team Omos & Aj Styles finally splits .In today’s Raw episode Aj Styles & Omos were special guest on The Miz tv where Miz try to split each other with his words here is the some lines of the conversation between The Miz vs Aj Styles & Omos.

The Miz: “AJ, you and Omos have been RAW tag team champions, but now they have internal problems” AJ Styles: “Like you with your wife?”

A Georgian, an A-Lister and a giant walk into a ring.@AJStylesOrg@mikethemiz@TheGiantOmos#WWERaw pic.twitter.com/MNY47TkqFo

AJ Styles says he sees a lot of potential in Omos and that they have managed to fix all the internal problems.

"How long did it take you to get to WWE, @AJStylesOrg, fifteen years? @TheGiantOmos didn't even have to lift a finger, WWE begged him to sign!"@mikethemiz brought the 🔥🎤 on #MizTV!#WWERaw pic.twitter.com/EXPb1ncw6q

The Miz says that Omos said that he was already tired of having AJ Styles on his shoulders and that he would like to shine in WWE on his own.

Miz: “While AJ took you 15 years to get into WWE, Omos didn’t have to lift a finger, WWE begged Omos to sign with WWE”

Then the fight began with Mysterios

After a rough start against the Mysterios, AJ approaches Omos to seek relief. The colossus ignores AJ and doesn’t do the tag. Rey takes the opportunity to make the pin with a Roll Up and takes the victory. Winners: Rey & Dominik Mysterio. AJ Styles walks up to Omos and yells at him that he’s rubbish. Omos pushes AJ, Styles becomes enraged and charges at him. He looks for the Phenomenal Forearm but Omos catches it and smashes it against the canvas.

Then Omos threatened to Aj Styles

“The next time you see me, it will be in a fight. Against you!”, Closes Omos before leaving.