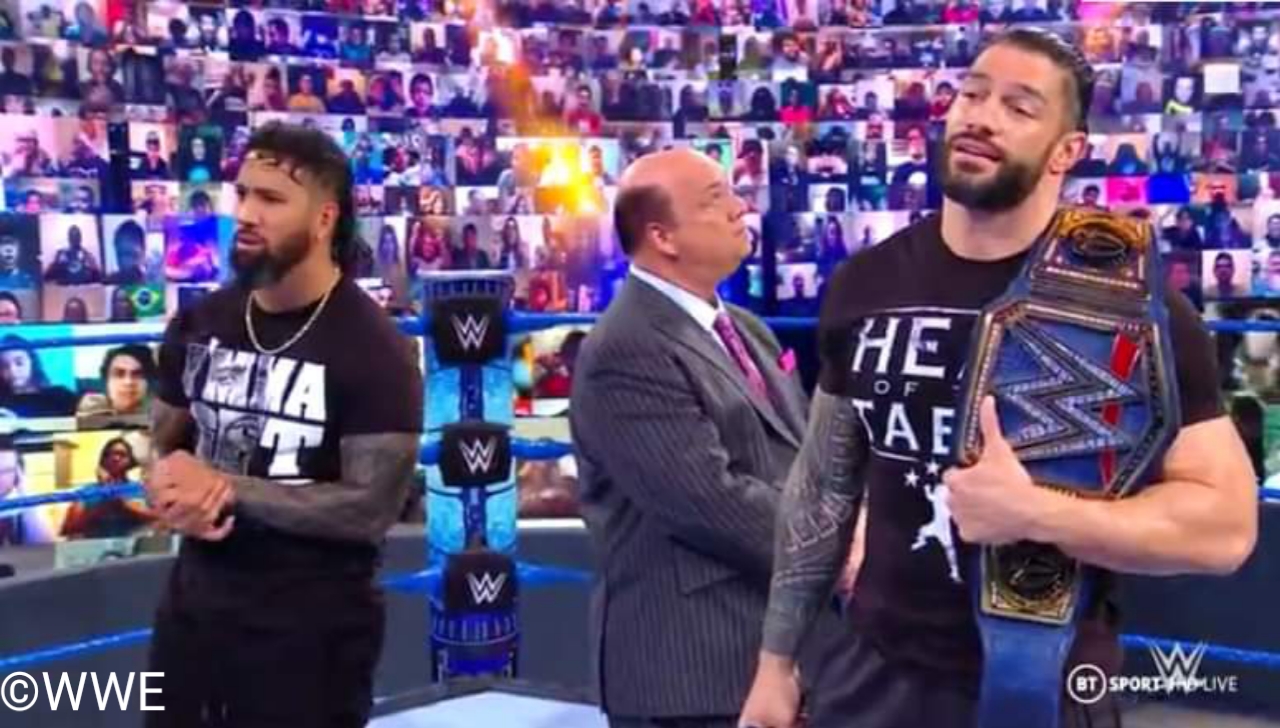 Roman Reigns arrives in the ring accompanied by Paul Heyman and Jey Uso. Roman says that 2020 was a difficult year, but when you are the Tribal Chief you make it work anyway.

“Jey Uso is a perfect example of what I can do. All you have to do is listen to me, understand how my brain works, know why I do what I do. And what happened? The best year of his career. recognize me as the Tribal Chief, “says Reigns. Roman highlights his cousin’s best moments, but is interrupted.

Kevin Owens steps out onto the ramp and watches Reigns from there. Roman tells him that no one wants to see him, that he was already generous enough and hopes that he took the opportunity he gave him to make money and give his family a good Christmas.

“It’s not about you, KO. It’s about my family, my cousin. It’s Jey’s time,” Roman shoots. Owens takes the floor and says that being there right now means that Roman and his family have failed. “What you have tried to do these weeks, was to end my career and me. And here I am. You should be ashamed … The Big Dog is gone, he was replaced by a big bitch. I don’t want to have anything to do with you either. , and you’re right, tonight has nothing to do with you but with Jey.

I come to fight with him. You’re going to pay for your cousin. I’m not asking, I’m telling who should tell. I’m going to fight Jey Uso. And Roman, when I finish with your cousin, your family will have nothing to celebrate “, closes KO.