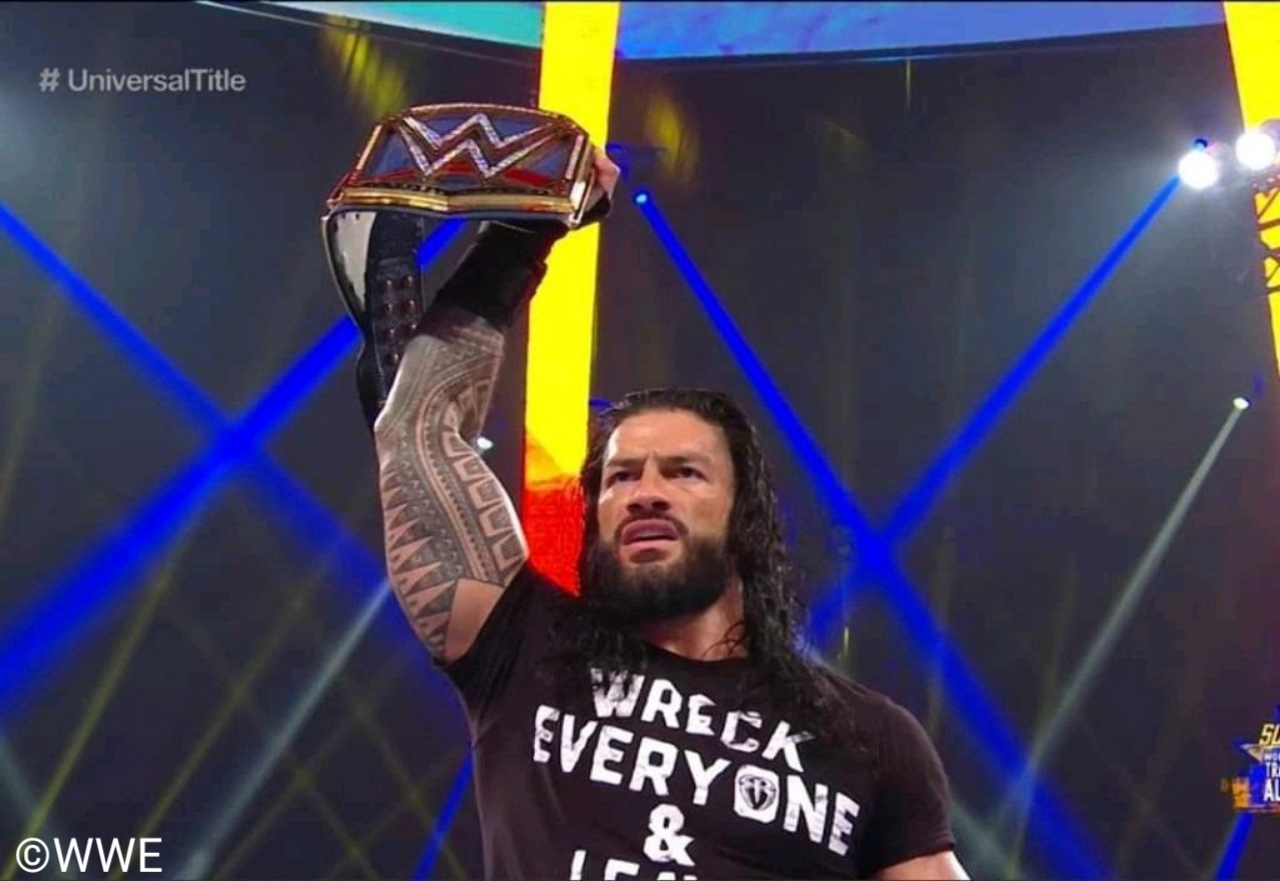 Roman Reigns records his best winning percentage in a calendar year in 2020.

Roman Reigns has won 90.6% of the matches he has played in 2020 The previous universal championship record was set in 2016.

In March 2020, Roman Reigns decided to stay away from WWE television programming due to the outbreak of the COVID-19 pandemic, even missing WrestleMania 36, ​​where he was going to challenge Goldberg for the WWE Universal Championship.

After five months of absence, ‘The Tribal Chief’ returned to the ring in August, at the Payback event, to claim the starting opportunity that he had not yet traded. On that occasion, he beat ‘The Fiend’ Bray Wyatt and Braun Strowman to win the Universal Championship.

Roman Reigns has reigned with an iron fist ever since, racking up victory after victory. Since August, the Universal champion has only added one defeat. This occurred on the Friday Night SmackDown episode aired on December 4, where he and Jey Uso fell to Kevin Owens and Otis via disqualification.

Precisely, this winning streak has been a personal record for Roman Reigns. This is the first time that ‘The Big Dog’ has recorded a winning percentage of over 90% in a calendar year.

According to the Cagematch.net database, Roman Reigns has won 90.6% of the matches he has played in WWE in 2020, including PPVs, television shows and house shows. In total, ‘The Tribal Chief’ has fought in a total of 32 matches, winning 29 of these.

In addition to the defeat on SmackDown, the portal also qualifies as a disaster the fact that Reigns failed to win the men’s Royal Rumble, where Drew McIntyre obtained the final victory.

The remaining match was a tag team match held on the first episode of 2020’s Friday Night SmackDown. Reigns teamed up with Daniel Bryan to face Dolph Ziggler and King Corbin, but the match ended to no avail.

The previous record was set in 2016

Roman Reigns’ previous record for winning percentage was set in 2016, the year in which he began his third reign as WWE champion after beating Triple H in the main event at WrestleMania 32. Throughout those twelve months, ‘The Big Dog’ won 89.3% of the 159 fights he played.

2015 was the year in which he fought the most matches, with a total of 213. On that occasion, his winning percentage was 87.8%, including two short-lived reigns as WWE champion, the first of his career. Additionally, the 2013 data stands out.

Reigns spent most of his time competing alongside Dean Ambrose and Seth Rollins on The Shield. However, the team racked up many losses in live events, which lowered its winning percentage by as much as 24%.

Here is Roman Reigns’ winning percentage in a calendar year since his promotion to the WWE main roster: